V.P. Cheney Is Not an Ethical Man 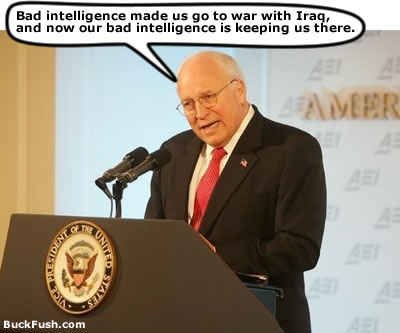 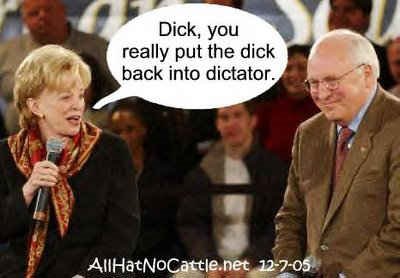 As he drew back the curtain this week on the evidence against Vice President Cheney's former top aide, Special Counsel Patrick J. Fitzgerald for the first time described a "concerted action" by "multiple people in the White House" -- using classified information -- to "discredit, punish or seek revenge against" a critic of President Bush's war in Iraq.

Bluntly and repeatedly, Fitzgerald placed Cheney at the center of that campaign. Citing grand jury testimony from the vice president's former chief of staff, I. Lewis "Scooter" Libby, Fitzgerald fingered Cheney as the first to voice a line of attack that at least three White House officials would soon deploy against former ambassador Joseph C. Wilson IV. 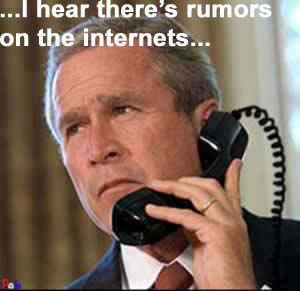 From The Balitmore Chronicle and Sentinel - click here to read the letter...

WASHINGTON, DC-U.S. Congressman Peter DeFazio will send a letter to President Bush reminding him that he is constitutionally bound to seek congressional approval before making any preemptive military strikes against Iran. DeFazio is circulating the letter to other members of Congress seeking additional support. Recent news reports, including a report by Seymour Hersh, who won a Pulitzer Prize for uncovering the My Lai massacre, have indicated that the administration is planning a military action against them. DeFazio will also introduce a resolution expressing the sense of the Congress that the President cannot initiate military action against Iran without congressional authorization. He is seeking additional support among other House members for the resolution as well.
Posted by Bozo Funny at 11:05 AM