Two campaign finance watchdog groups are asking the Justice Department to look into Jeb Bush’s activities with the Right to Rise Super PAC he started. The groups–Democracy 21 and the Campaign Legal Center–sent a letter to Attorney General Loretta Lynch on Wednesday and asked the DOJ to investigate whether Bush and his super PAC are “engaged in knowing and willful violations of the federal campaign finance laws” by coordinating with one another.
.
Earlier this year Governor Jeb Bush launched a Super PAC to begin raising an unlimited amount of money for a “potential” run for the White House in 2016. He has traveled all over the country making appearances in early primary states, speaking to voters and raising money, all while maintaining that he is not an official candidate for the presidency. Everyone knows he is running for president– he knows it, we know it, his donors know it– but he can’t actually say it, because then his activity with his Super PAC would become illegal.
.
You see, it is perfectly legal for private citizen Bush to hire high-ranking Republicans to work for his Super PAC and “potential” presidential campaign. It is perfectly legal for private citizen Bush to speak to the Super PAC and let them know what he wants his message to be. It is perfectly legal for private citizen Bush to raise money for his Super PAC and he has–a lot of it. Bush and his aides recently told donors that they are on the cusp of raising the most money ever raised by a presidential candidate at this point in an election cycle. David Beightol, a lobbyist and Bush supporter, recently told USA Today that the former governor will report “an extraordinary number [of money] no one has ever seen before.”
.
By not declaring his candidacy, Bush is skating a fine legal line. All of those things just mentioned would be violations of campaign finance laws, because an official candidate is not allowed to coordinate with their Super PAC or accept any individual donation over $2,700 per election. So by not “officially declaring” he is essentially gaming the system; but the watchdog groups said what he is doing is not legal and instead, it is a clear violation of the law. That is why they are asking Attorney General Lynch to appoint an independent Special Counsel and investigate:
.
Read more
Posted by Bozo Funny at 6:39 AM No comments:

David Roberts · Friday, May 22, 2015, 9:22 am
.
Yesterday, President Obama gave a speech to graduating cadets at the US Coast Guard Academy in which he said that climate change "constitutes a serious threat to global security [and] an immediate risk to our national security."
.
"Even as we meet threats like terrorism," he said, "we cannot, and we must not, ignore a peril that can affect generations."
.
This is not the first time the federal government has characterized climate change as a security threat. The fact sheet distributed by the administration yesterday quotes reports going back to 2008. And as Philip Bump writes in the Washington Post, the rhetorical effort to link climate to security goes all the way back to Bill Clinton.
.
Each time it comes up, large swaths of the media treat it as a bold new argument, which is probably a good sign that despite all the efforts, it's still not a natural, instinctive connection for most people. It sounds novel.
.
Still, Obama's speech was the clearest articulation of the argument to date. So what should we make of the claim? Does climate change threaten our national security? What does that even mean, exactly?
.
It's complicated. I've been thinking about this on and off for several years now, and I've come to four conclusions. (A top five list would have been more satisfying, but it turns out I only know four things.)
.
1) Climate change is a threat; whether it's a "national security threat" is a matter of semantics
.
[...]
.
2) The US military will mostly deal with climate change preparation and response (a.k.a. "adaptation")
.
Obama's primary message was that all branches of the military, including the Coast Guard, need to prepare for a warmer world. Climate change will make the world, especially poor and low-lying parts of the world, more volatile, putting new strains on military resources.
.
[...]
.
3) Prevention (a.k.a. "mitigation") is an ineffective national security tool
.
The tricky pivot in Obama's speech — and in the climate-as-national-security message generally — is from preparation and response to prevention (or "mitigation," as it's opaquely known).

That climate impacts will generate sociopolitical unrest makes sense; that the military will be called on to respond to unrest makes sense; that it should prepare in advance for that task makes sense. The more difficult case to make is that the military ought to be involved in reducing its own emissions — not just responding to climate impacts, but also helping prevent (some of) them.
.
[...]
.
4) However! Mitigation can be a form of preparation, because fossil-dependence is a vulnerability.
.
[...]
.
So is climate change a national security threat? Well, a hotter world means more disruptions, which means more burden on the military. And dependence on oil means reduced operational effectiveness and vulnerability to unpredictable price swings. So whether or not the climate-as-security meme takes off, or has any effect on domestic politics, it is already thoroughly ingrained in the military itself, and will only become more salient in coming years, regardless of whether political debate changes. The military, unlike Congress, does not have the luxury of treating reality like a sideshow. .
.
Fill in the blanks here...
Posted by Bozo Funny at 6:36 AM No comments:

Posting of three Oldie But Goodies

Posted by Bozo Funny at 6:02 AM No comments: 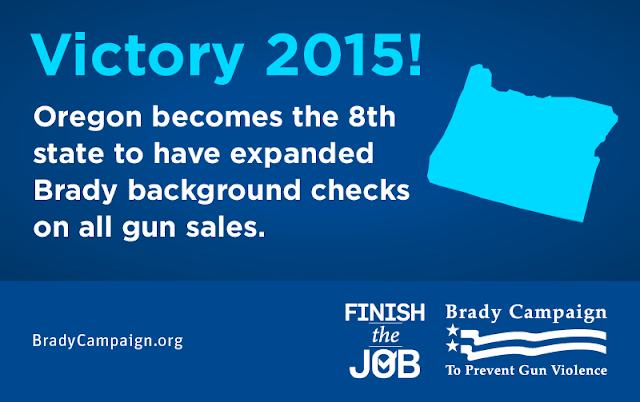 Posted by Bozo Funny at 6:00 AM No comments:

GunFail - When will we admit that all these guns are a mistake?

[I have a huge surplus of these articles building up, so to get a little more current I will post a larger number than usual for the next few days. And there ARE some duplicates of stories - they come from a number of different sources and there is some some repetition that I am too lazy to sort out. ---Bozo] 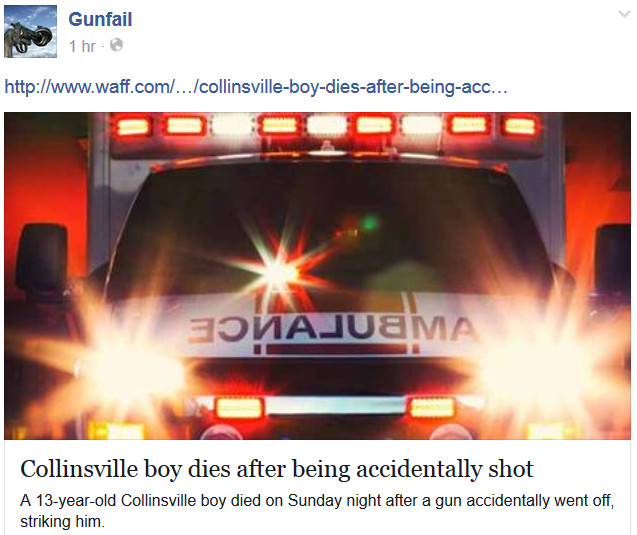 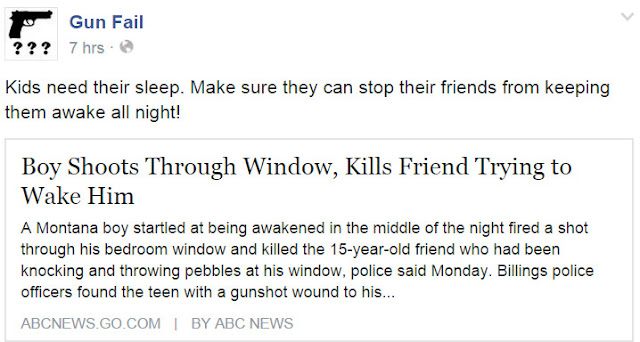 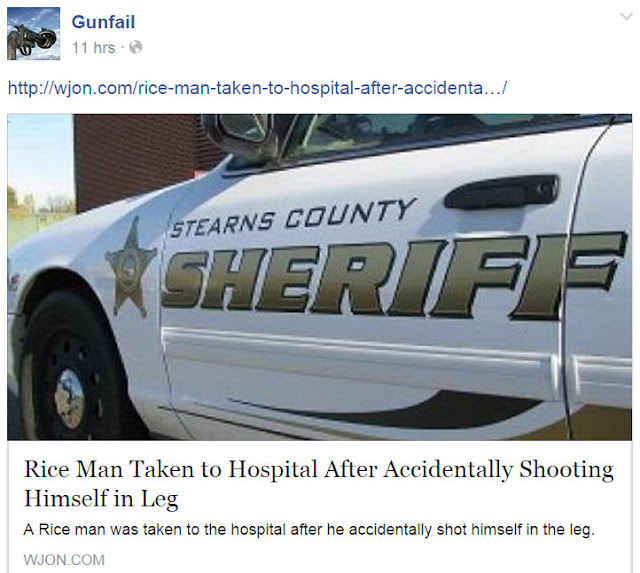 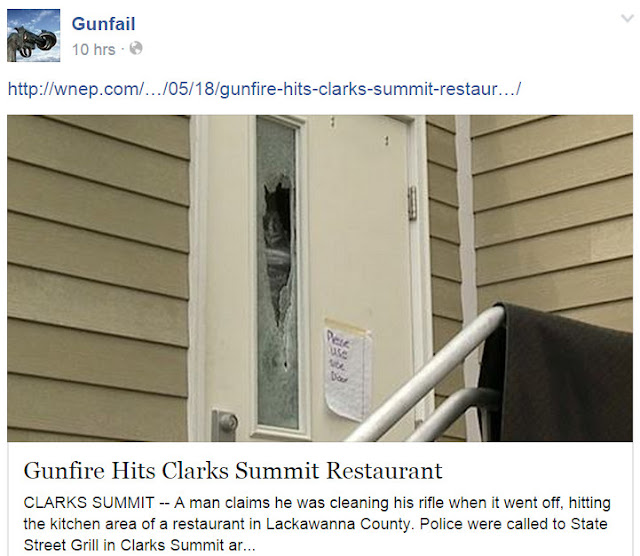 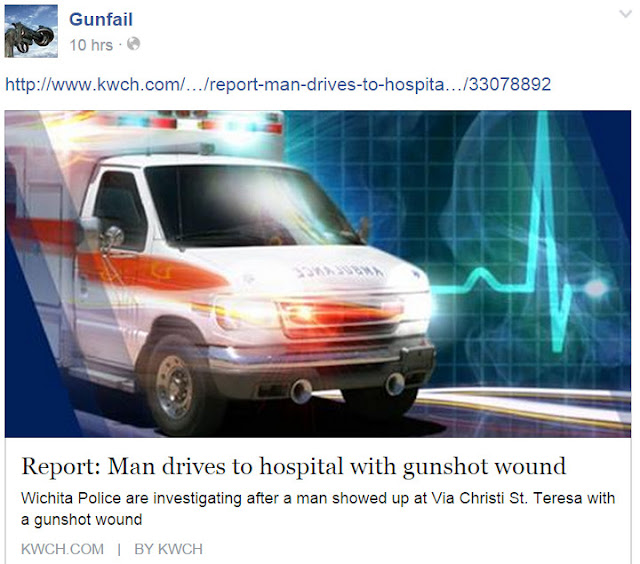 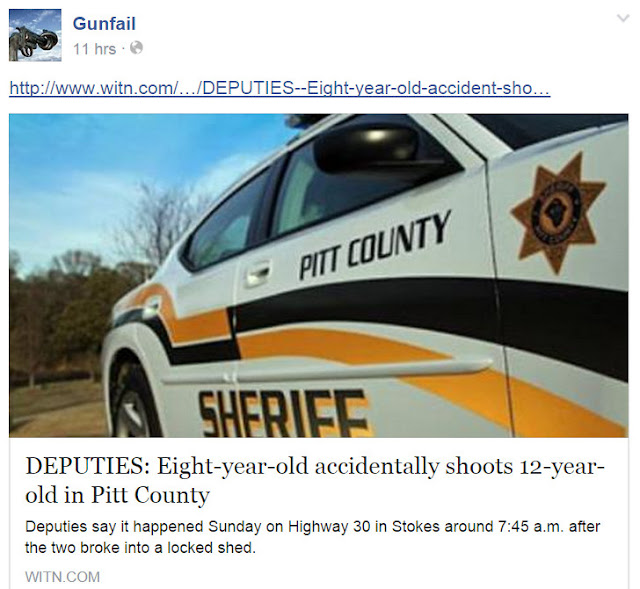 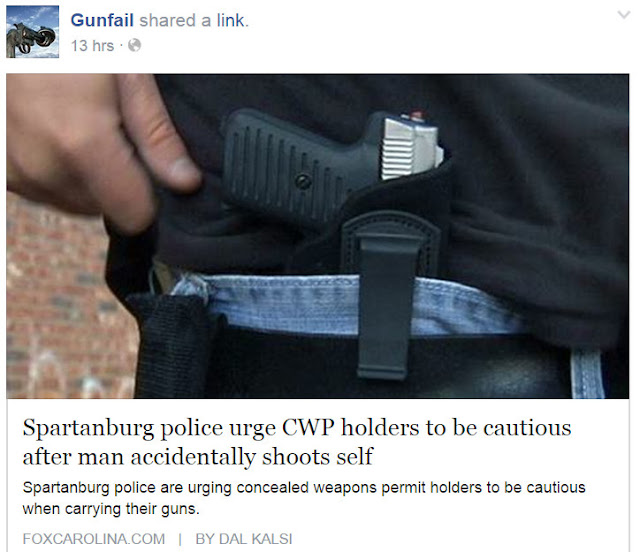 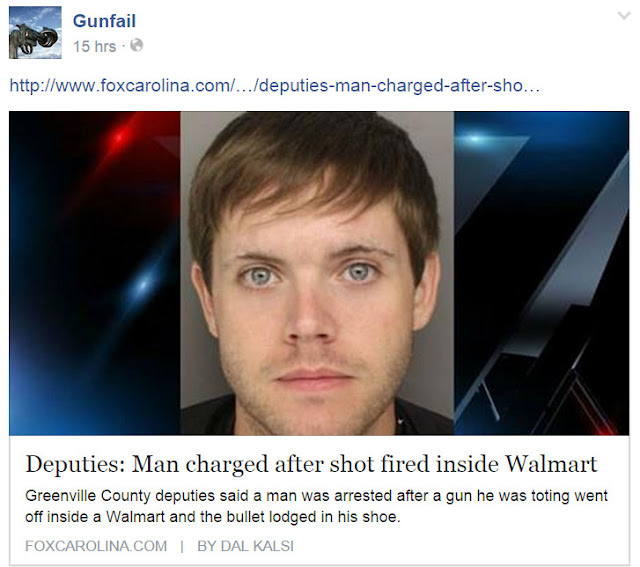 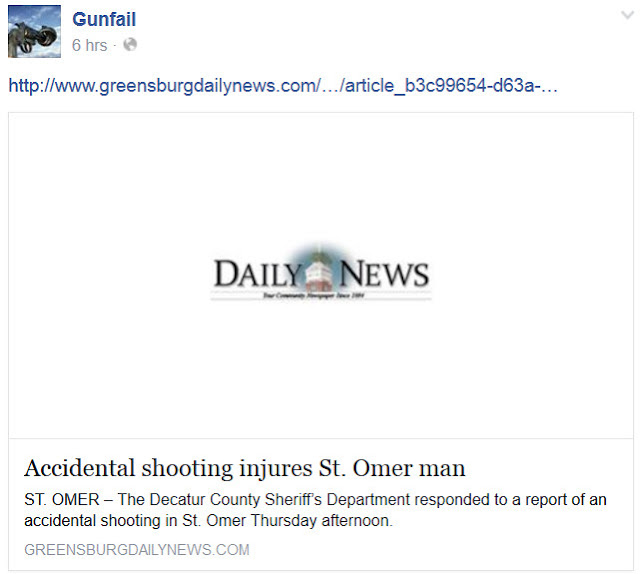 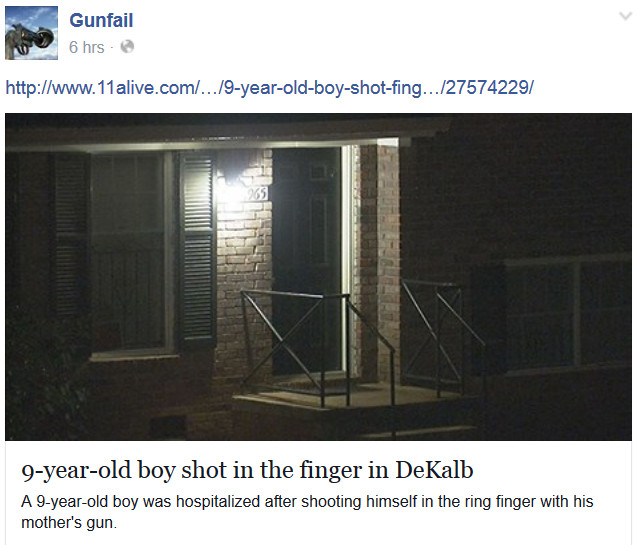 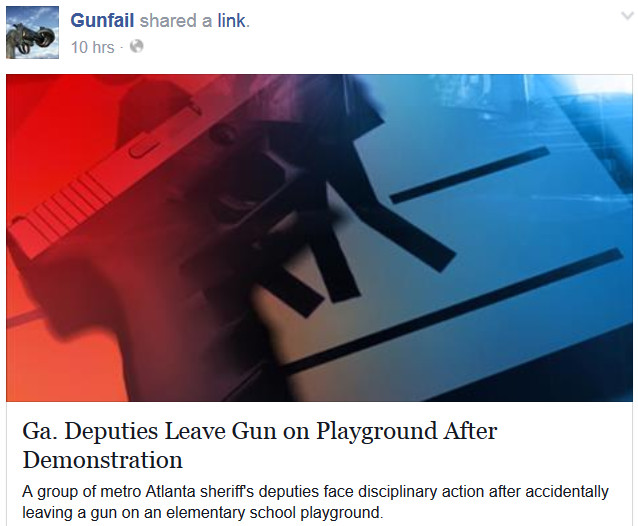 Posted by Bozo Funny at 5:59 AM No comments:

A falshback from the 1930's - explaining the conservative/corporate drive to control America. 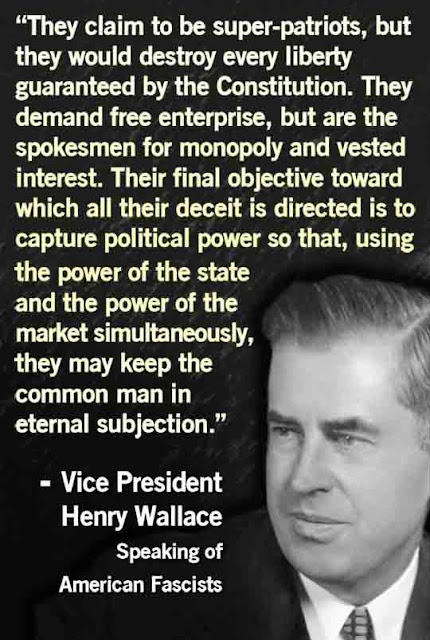 Posted by Bozo Funny at 5:48 AM No comments:

To harp on today's theme - they can't connect two thoughts together. 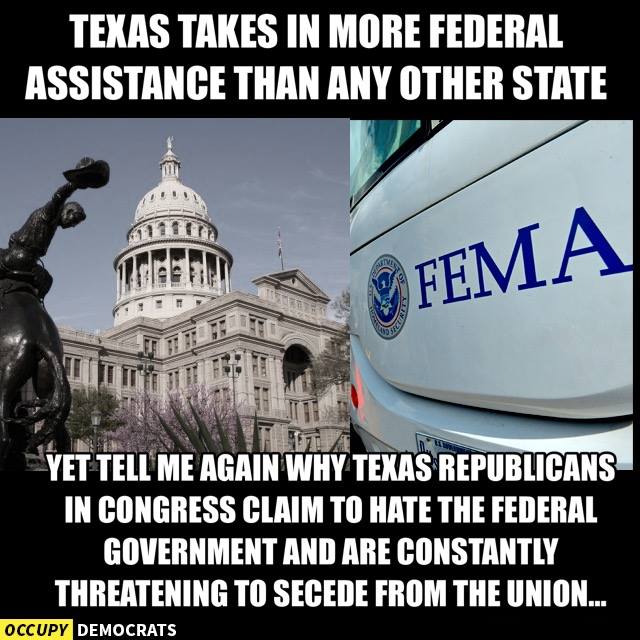 Posted by Bozo Funny at 5:44 AM No comments:

Republican hypocrisy comes from the inability to hold a complex thought. 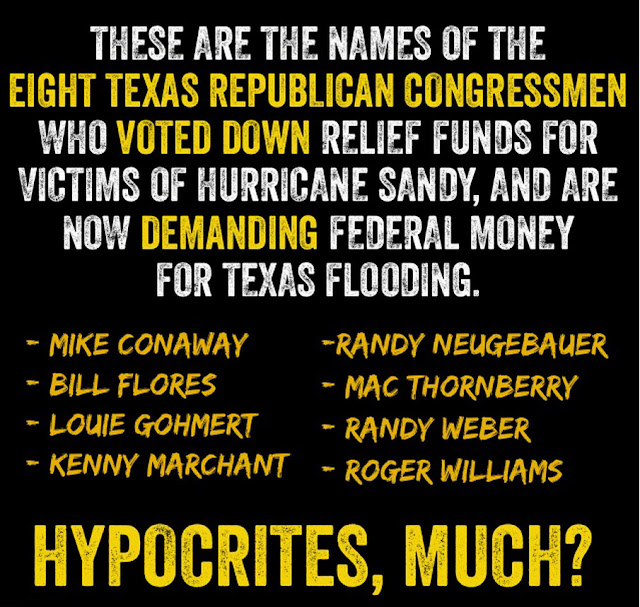 Posted by Bozo Funny at 5:43 AM No comments: 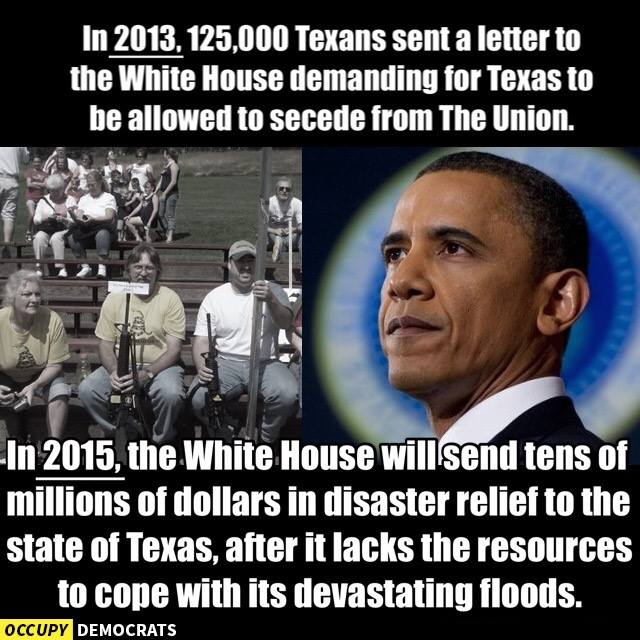 Posted by Bozo Funny at 5:42 AM No comments:

Rand Paul is running for President 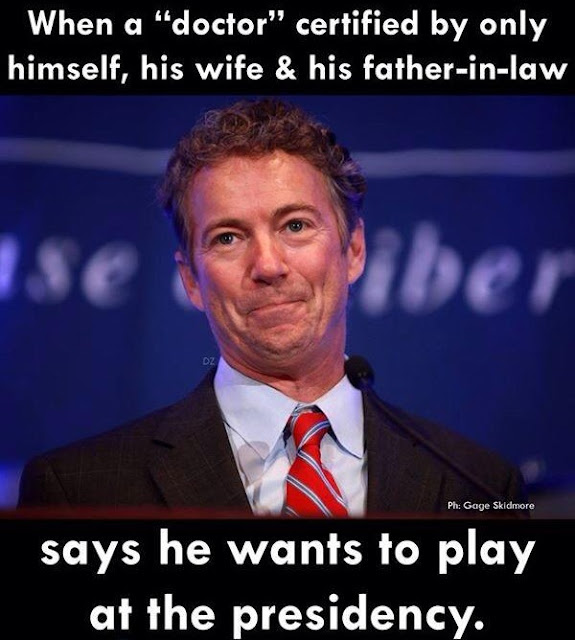 Posted by Bozo Funny at 5:40 AM No comments: 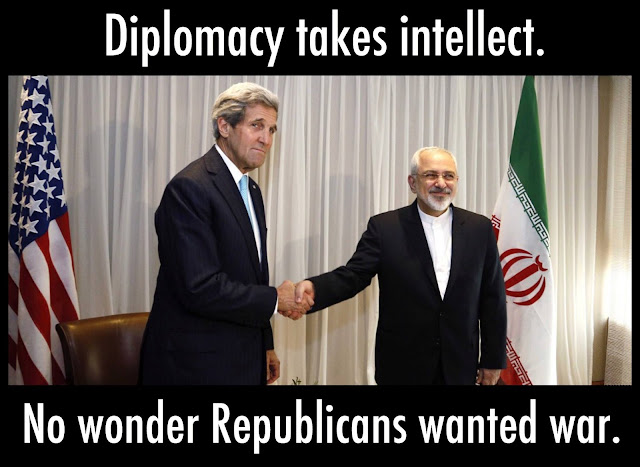 Donald Trump is threatening to run for President

The modern GOP - it's all about fear and hate 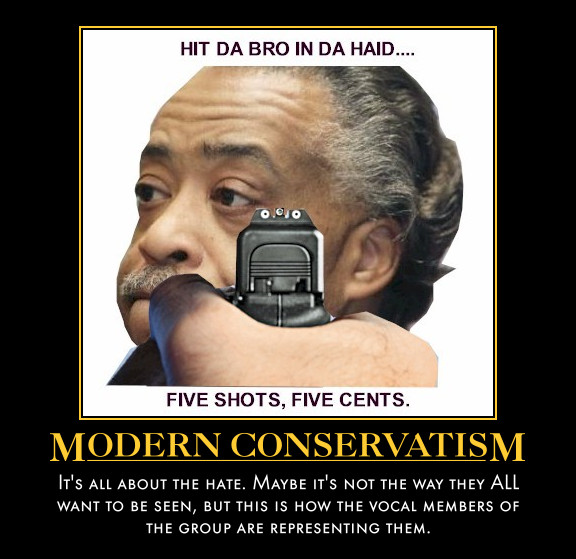 Posted by Bozo Funny at 5:38 AM No comments:

Ted Cruz is running for President 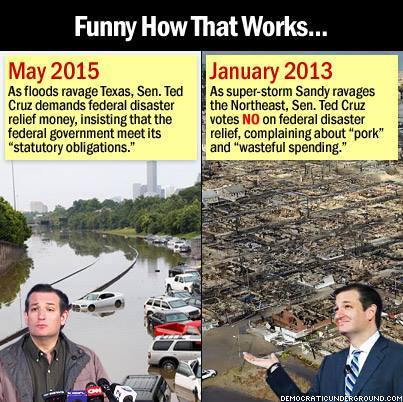 Posted by Bozo Funny at 5:37 AM No comments: 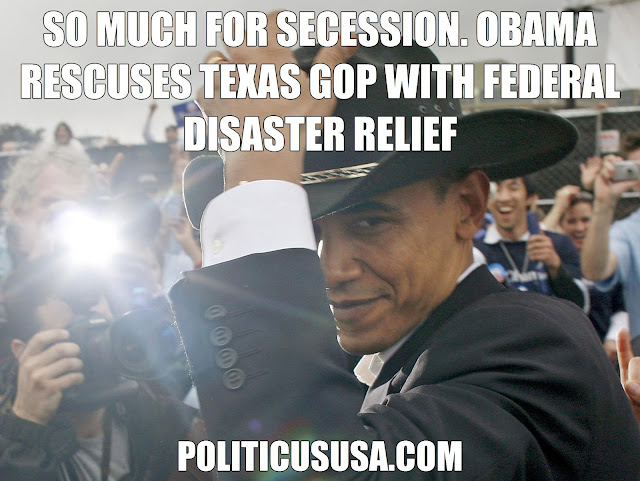 Posted by Bozo Funny at 5:36 AM No comments:

Libby Nelson · Friday, May 22, 2015, 11:22 am
.
Schools are now treating mass shootings like tornadoes and earthquakes — disasters beyond their control that students must be prepared for at all costs.
.
A new survey from the Education Department found that 70 percent of schools practice school shooting drills, up from 53 percent in 2008. They're most common at suburban schools, although they're generally widespread: 75 percent of suburban schools held a shooting drill in 2013.
.
They might be doing more harm than good. American schools are safer than they've ever been. If the worst happens — someone shows up at a school intending to kill dozens of students — there's no evidence that having conducted mass shooting drills actually helps.
.
Meanwhile, school employees and parents are beginning to complain that the drills themselves can be traumatizing.
.

.
School shootings seem scarily common. In the two years after the Sandy Hook elementary school shooting in December 2012, there were 49 shootings at K-12 schools in the US, according to a report from Everytown for Gun Safety, a gun control group; 15 of those shootings killed at least one person.
.
News coverage gives the impression that schools have become more violent, not less, since the Columbine mass shooting in 1999. But federal data shows the number of students killed at school has actually dropped since the 1990s, even as public school enrollments climbed:
.
The risk of a child getting killed by someone else at school in 2011, the last year for which there's final data, was about 1 in 5 million. That's slightly less likely than being struck by lightning. (In 2012, Sandy Hook drove up the homicide rate, but it doesn't seem to have changed the overall trend, according to the Education Department. The Everytown study appears to back this up.)
.
It's possible that new safety measures after Columbine, including drills, contributed to the quick drop in the murder rate. But it's more likely that it's part of a bigger trend of declining crime and violence at school. The rate of "serious violent victimization" among students — rape, sexual assault, robbery, or aggravated assault — was about 1 in 1,000 in 2011, down from 1 in 100 in 1995. In 1995, 10 percent of students were victims of some kind of crime at school; in 2011, just 4 percent were.
.
There's no evidence that mass shooting drills work
.
Read more and view charts -
Posted by Bozo Funny at 5:52 AM No comments:

Despite Republican attacks, Obama is 'very clear on the lessons of Iraq'

Rss@dailykos.com (laura Clawson) · Friday, May 22, 2015, 12:44 pm
.
The official Republican talking point on Iraq and the extremist group known as ISIS is that everything would be peachy if only President Obama had continued the policies of George W. Bush. Except not the policy where Bush negotiated a withdrawal timeline and Obama stuck with it. The policy where Bush would have ignored that plan and continued occupying Iraq if he darn well felt like it.
.
All of this, not just the part where Rick Santorum advocates "bomb[ing] them back to the 7th century," is ridiculous, yet Obama remained characteristically calm and polite in answering some of those claims in an interview with Jeffrey Toobin. "I’m very clear on the lessons of Iraq," Obama said. "I think it was a mistake for us to go in in the first place, despite the incredible efforts that were made by our men and women in uniform."
.
But, he argued, at some point Iraq has to find its own way:
.


I know that there are some in Republican quarters who have suggested that I’ve overlearned the mistake of Iraq, and that, in fact, just because the 2003 invasion did not go well doesn’t argue that we shouldn’t go back in. And one lesson that I think is important to draw from what happened is that if the Iraqis themselves are not willing or capable to arrive at the political accommodations necessary to govern, if they are not willing to fight for the security of their country, we cannot do that for them. We can be effective allies. [...]

.
But we can’t do it for them, and one of the central flaws I think of the decision back in 2003 was the sense that if we simply went in and deposed a dictator, or simply went in and cleared out the bad guys, that somehow peace and prosperity would automatically emerge, and that lesson we should have learned a long time ago. And so the really important question moving forward is: How do we find effective partners—not just in Iraq, but in Syria, and in Yemen, and in Libya—that we can work with, and how do we create the international coalition and atmosphere in which people across sectarian lines are willing to compromise and are willing to work together in order to provide the next generation a fighting chance for a better future?

.
Gee, rejecting permanent occupation, letting other countries govern themselves, trying to be an ally rather than a conqueror, and trying to build coalitions. How dare he have an answer that doesn't start with bombs and end with massive troop commitments?