"I'm hopeful. I know there is a lot of ambition in Washington, obviously. But I hope the ambitious realize that they are more likely to succeed with success as opposed to failure."

If you read this blog, you probably read other political blogs, and you most likely realize that the Democrats are finally caving in to President Bush on FISA - the bill that allows the administration to spy on Americans without a court order. This is, to my way of thinking, a violation of the constitution, but as long as it is not challenged it stands as law.

On top of the illegal spying, the bill also allows US Telephone companies immunity from prosecution for their part in the illegal spying, should a court case ever be brought up. And now we find out WHY the Democrats are caving in favor of the bill...

House Democrats who flipped their votes to support retroactive immunity for telecom companies in last week’s FISA bill took thousands of dollars more from phone companies than Democrats who consistently voted against legislation with an immunity provision, according to an analysis by MAPLight.org.

The 94 Democrats who changed their positions received on average $8,359 in contributions from Verizon, AT&T and Sprint from January, 2005, to March, 2008, according to the analysis by MAPLight, a nonpartisan organization that tracks the connection between campaign contributions and legislative outcomes.

A cartoon presented by a Republican who thinks that torture is nothing more than a broken spring in their Lazy-Boy... 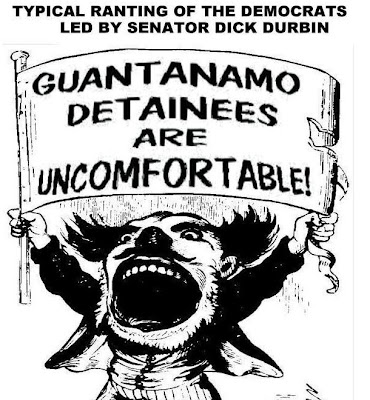 Mr. Cheney is getting richer... 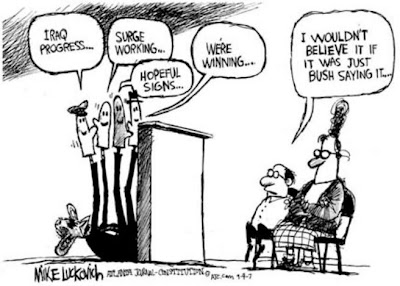 The main stream media is hard at work... 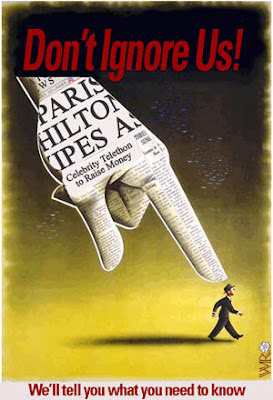 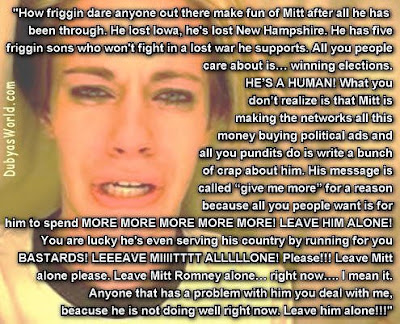 I was amazed by the whole polygamist compound arrest in Texas. The courts ruled that the social services department erred in taking the children from the compound, but something seems to have been missed - THEY ARE POLYGAMISTS!! Polygamy is illegal! Arrest them all, for crying out loud.

Am I missing something here?

Seems like I'm focusing on the generic stupidity of the human race with my posts today (see previous two posts). It just flabbergasts me that we live in an age of great scientific discoveries and such great human advancements in fields like medicine and space travel, that we actually have people with the mentality of the basic Neanderthal. But it seems as if they are in great numbers on our planet.

from within the crainium by joke du jour

PASCO COUNTY, Fla. -- A Florida substitute teacher says his job disappeared after doing a magic trick in front of his students. Substitute teacher Jim Piculas made a toothpick disappear, then reappear in front of a classroom at Rushe Middle School in Land O' Lakes, Florida. The Pasco County School District says there were several other performance issues, but none compared to his "wizardry."

"I get a call the middle of the day from head of supervisor of substitute teachers. He says, 'Jim, we have a huge issue. You can't take any more assignments. You need to come in right away.' I said, 'Well, Pat, can you explain this to me?' 'You've been accused of wizardry,'" Piculas explained.

Stupid Is As Stupid Does

I can't believe how stupid we are as a species. It is remarkable to me just how many folks are out there who do not believe in science, or evidence, or truth - and yet believe in psychics and ghosts. Below is just one more example...
Link

Despite a court-ordered ban on the teaching of creationism in US schools, about one in eight high-school biology teachers still teach it as valid science, a survey reveals. And, although almost all teachers also taught evolution, those with less training in science – and especially evolutionary biology – tend to devote less class time to Darwinian principles. 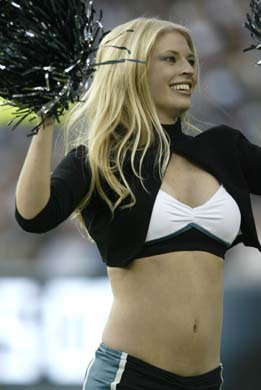 This is not one of the science teachers in question, but she is a science teacher - and a professional football cheerleader. Click the image for the original source.

A blog by Tony Troy Britain: Playing Chess With Pigeons .

Why such a strange blog title?

The title comes from a very amusing description of what it is like to debate creationists about evolution (apparently) by Scott D. Weitzenhoffer made in a comment on Amazon.com regarding Eugenie Scotts' book Evolution Vs. Creationism: An introduction (2004):

Debating creationists on the topic of evolution is rather like trying to play chess with a pigeon - it knocks the pieces over, craps on the board, and flies back to its flock to claim victory.

I gather that the following means that all Democrats are crazy and should be put in straight jackets. I never did understand Republican political humor. But then, I'm not sure anyone elde did either - the comedy news show that Fox tried to run a while back only lasted about 3 shows. 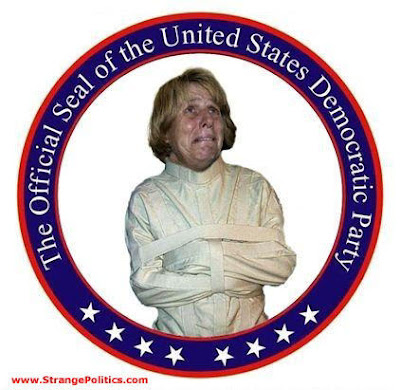 As an old man, I can relate and see this as the only real reason to raise an army... 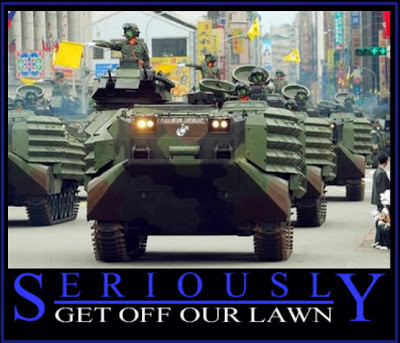 It's the military, stupid... 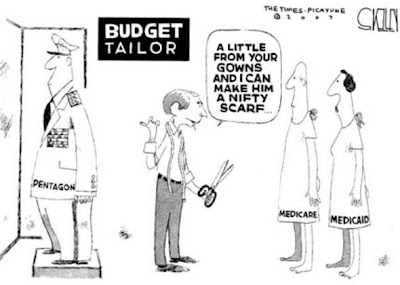 What happened after the Republicans came into power... 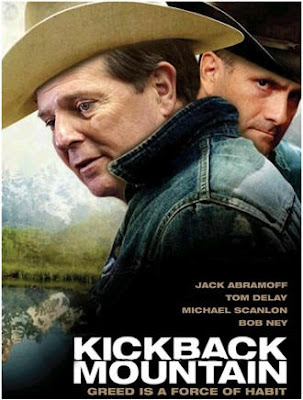 Video: Bush is a Clown

Video: Bush and Daughter Jenna on Her Wedding Night

President of the U.S., George W. Bush haqs a pretty sick view of the world - this is just a little more icing on the cake.

from Boing Boing by Cory Doctorow

The news that the US has completely withdrawn from the Human Rights Council spread like wildfire Friday afternoon (June 6) through the corridors of the Palais des Nations in Geneva. There was general consternation amongst diplomats and NGOS. Reached by phone, the American mission in Geneva neither confirmed nor denied the report. Although unofficial, the news comes at a time of long opposition by the Bush administration to the reforms which created the Human Rights Council in June 2006. Washington announced from the beginning that the US would not be an active member but its observer status would mean that it could intervene during the sessions. To date even this has rarely happened.

Posted by Bozo Funny at 5:18 AM No comments:

Video: The Front Fell Off

An "Australian Senator" is interviewed after a large oil spill. This is an excellent example of political double speak.

Posted by Bozo Funny at 5:13 AM No comments:

If elected President, John McCain would be the oldest President ever. Is that really what we want? Here's a link to a blog that focuses on things younger than John McCain... 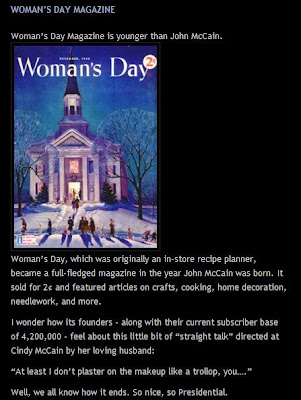 Link
Posted by Bozo Funny at 5:02 AM No comments: 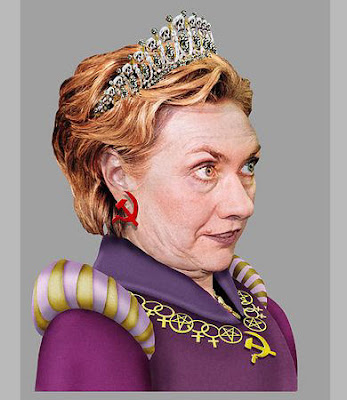 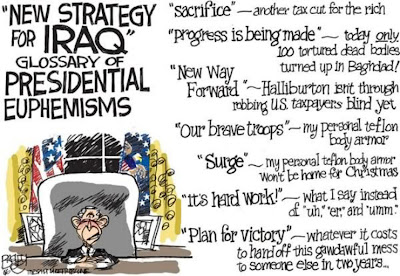 Making it up as he went along - 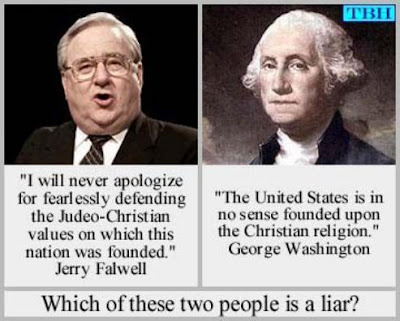 Fox News - Protecting Their Own... 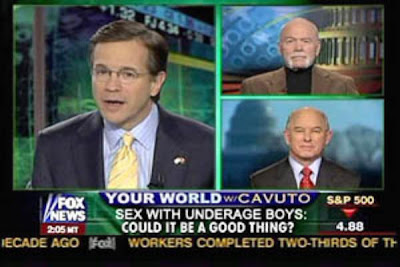 Posted by Bozo Funny at 4:58 AM No comments:

Larry King: Vice President Gore said that: "If you lopped off the top 1% that you are giving tax relief... you could pay for the cost of every other program."

Bush: "Oh, I don't-you know, I hadn't-I'm not so sure. I'm not quick in my mind at math, but I don't believe in trying to pick and choose winners when it comes to tax relief."

Posted by Bozo Funny at 4:55 AM No comments:

Analysis of the "Good War."

From the Foreign Policy Association comes an excellent analysis of the war in Afghanistan.

If the endgame in Iraq is murky, the endgame if Afghanistan is invisible. The United States, its allies and the Kabul government are fighting a holding action strategically. They do not have the force to destroy the Taliban — and in counterinsurgency, the longer the insurgents maintain their operational capability, the more likely they are to win. Further stiffening the Taliban resolve is the fact that, while insurgents have nowhere to go, foreigners can always decide to go home.

Link
Posted by Bozo Funny at 4:52 AM No comments:

Posted by Bozo Funny at 4:48 AM No comments:

from Crooks and Liars by Steve Benen

There's been talk for years that many Bush supporters believe he was literally chosen by God to be president. We don't hear as much about this lately - God wanted a U.S. president who would screw up everything he touches? But the notion of divine intervention on behalf of Republicans has been a relatively common sentiment in far-right circles for quite a while.

Posted by Bozo Funny at 6:20 AM No comments: 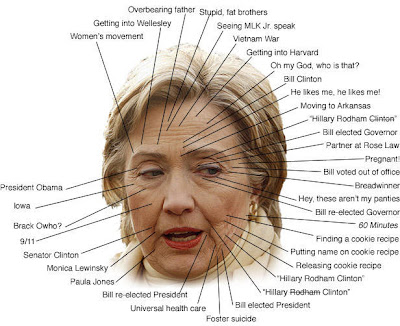 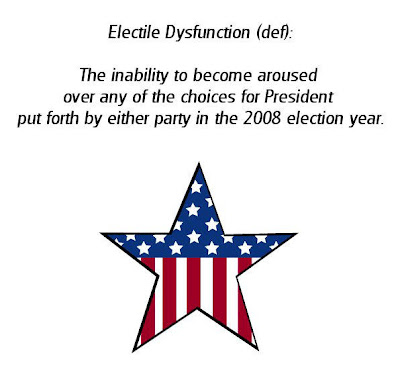 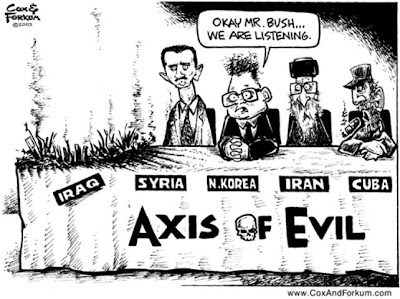 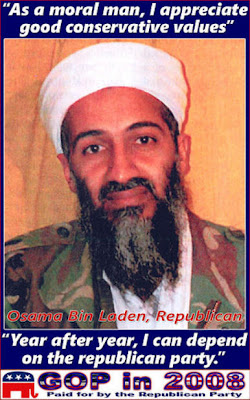 God Is A Conservative 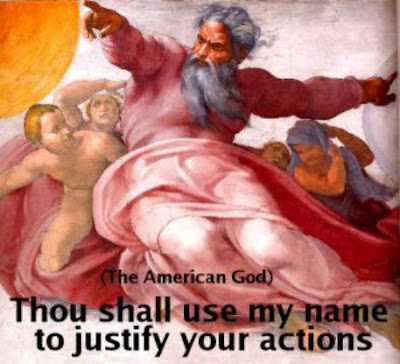 Posted by Bozo Funny at 6:17 AM No comments:

Posted by Bozo Funny at 6:15 AM No comments:

Posted by Bozo Funny at 6:09 AM No comments:

Video - If Evangelists Had to Tell the Truth

Posted by Bozo Funny at 6:06 AM No comments: