Billy Connolly - not gentle on religion. 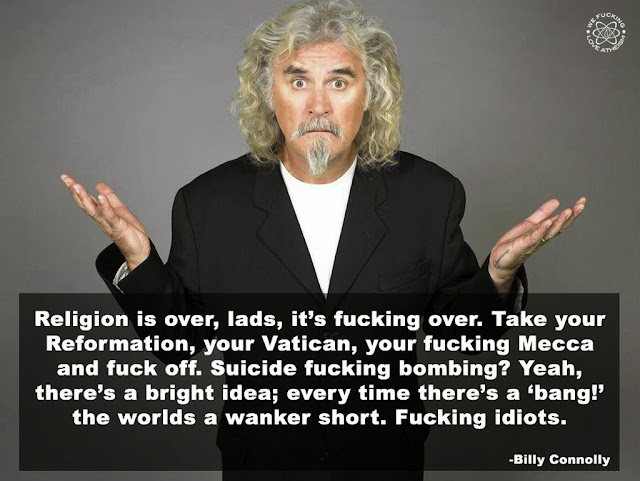 Posted by Bozo Funny at 8:10 AM No comments:

Hell - it's not just for dummies 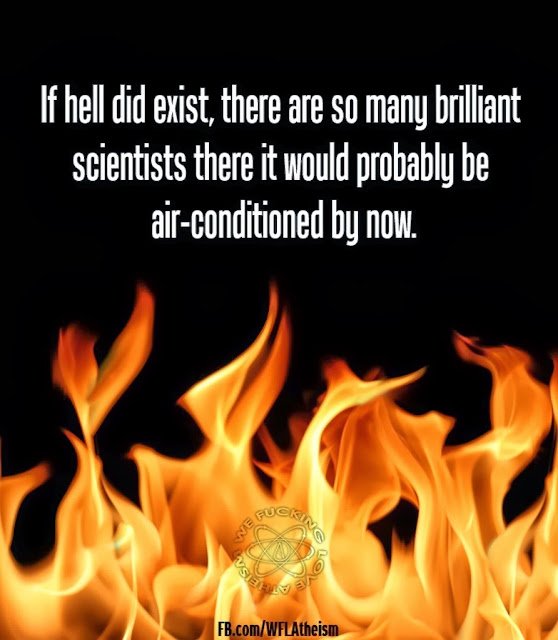 Posted by Bozo Funny at 8:09 AM No comments:

In posting a new Gun Fail report within the last couple of days, I couldn't help but notice at least a few reports of hunters being shot by other hunters. As a hunter myself, I am well aware of the number of hunters that go into the woods with a flask or six-pack in their backpacks (I NEVER did it). I'd guess at least a few of those hunting accidents are due to hunters "keeping warm" up in their tree stands.

Drunk shooting should be just as illegal as drunk driving. 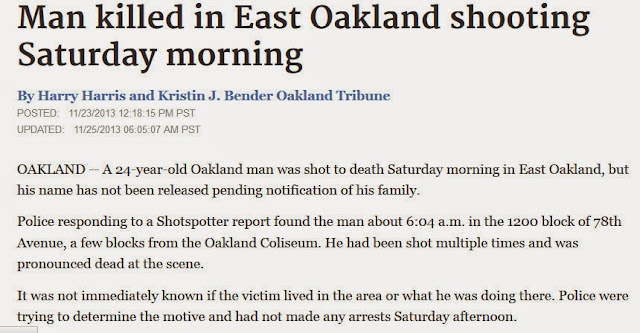 Posted by Bozo Funny at 8:07 AM No comments: 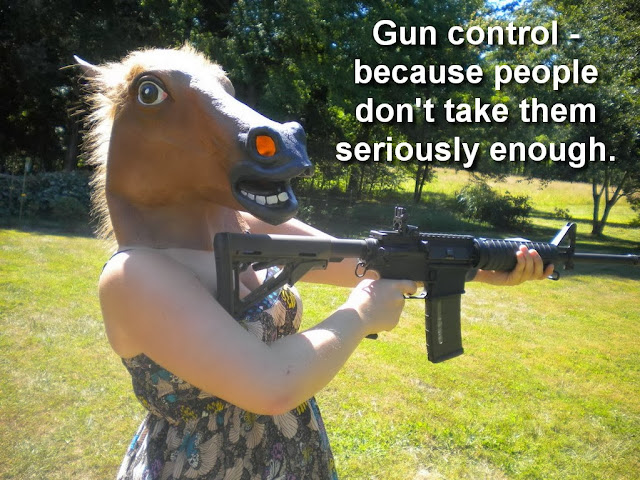 Posted by Bozo Funny at 8:01 AM No comments:

How long before the people rise up against corporate control of our lives?

Open thread for night owls: Monsanto, the TPP, and Global Food Dominance (Click on this headline to read more)

Rss@dailykos.com (meteor Blades)
At her blog, Ellen Brown—author of The Web of Debt: The Shocking Truth About Our Money System and How We Can Break Free and From Austerity to Prosperity: The Public Bank Solution—writes Monsanto, the TPP, and Global Food Dominance:
Posted by Bozo Funny at 6:09 AM No comments:

Noam Chomsky - one of the observant ones

There are some smart people in this world, able to observe the world and to give voice to that truth. 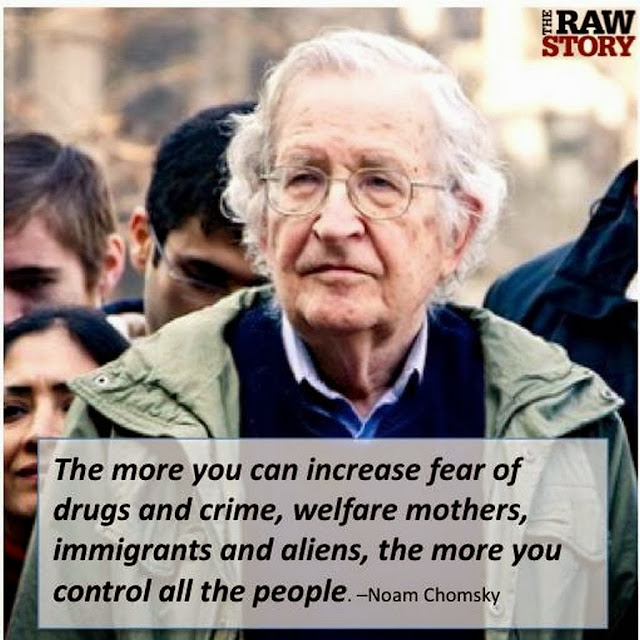 Posted by Bozo Funny at 6:00 AM No comments:

Still one of my favorite quotes to explain GOP behavior...

"Those who retreat into fantasy cannot be engaged in rational discussion, for fantasy is all that is left of their tattered self-esteem.  When their myths are attacked as untrue, it triggers, not a discussion of facts and evidence, but a ferocious emotional backlash." 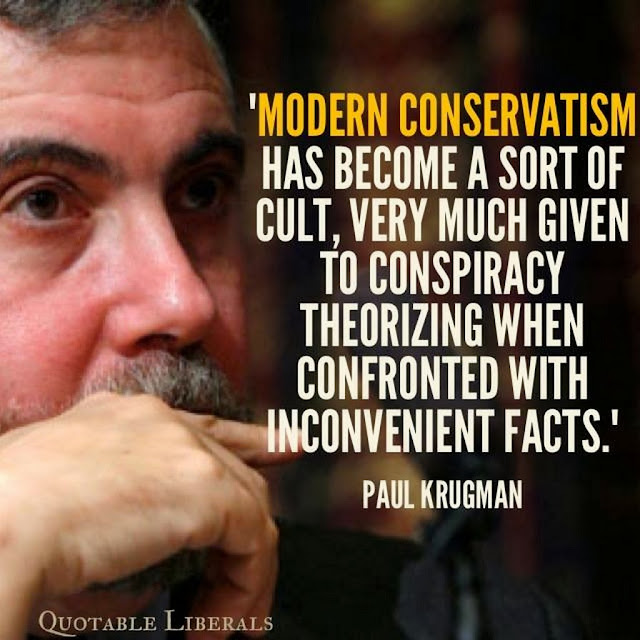 Posted by Bozo Funny at 5:55 AM No comments: 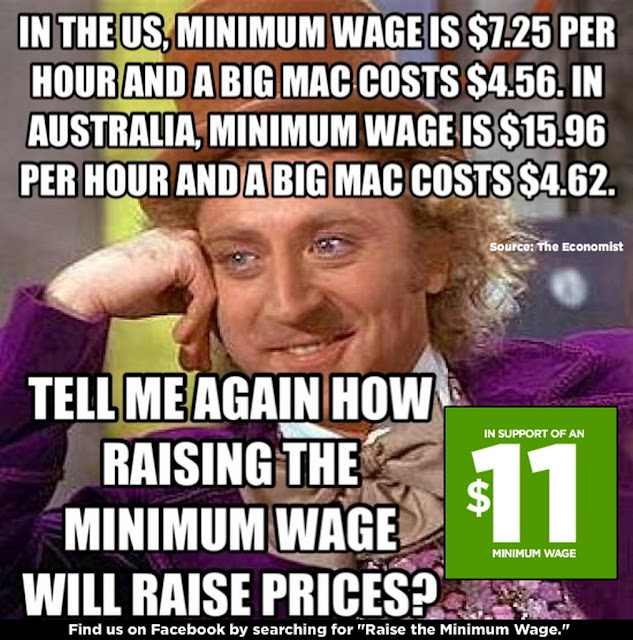 Posted by Bozo Funny at 5:49 AM No comments:

A quick blurb on equal rights 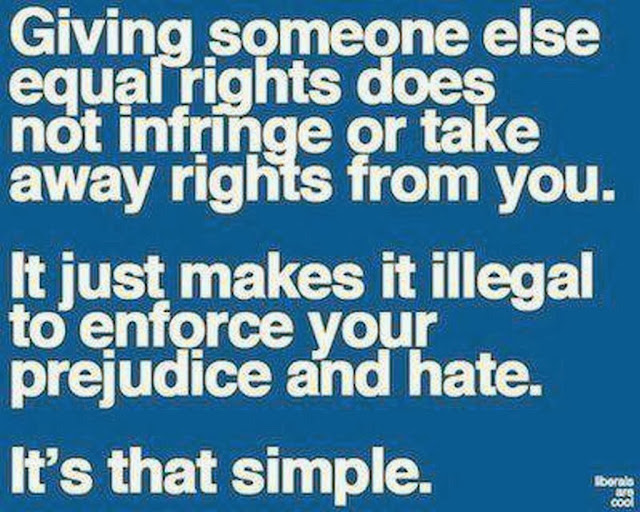 Posted by Bozo Funny at 5:48 AM No comments:

MLK - he saw the world for what it was becoming. 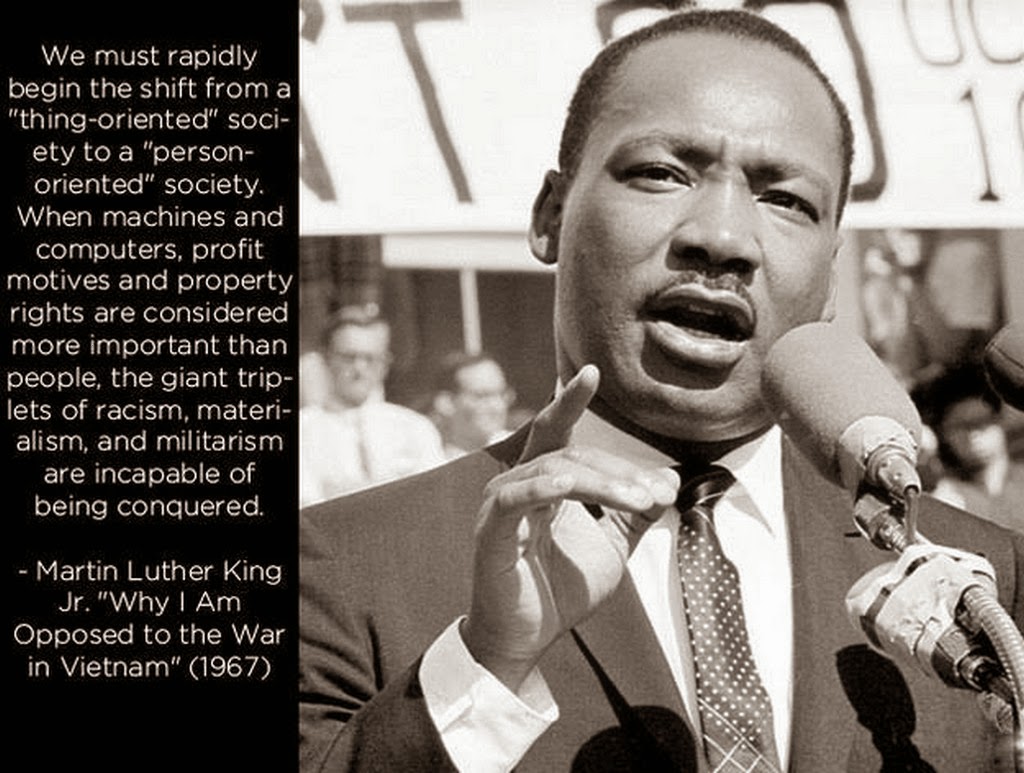 Posted by Bozo Funny at 5:47 AM No comments: 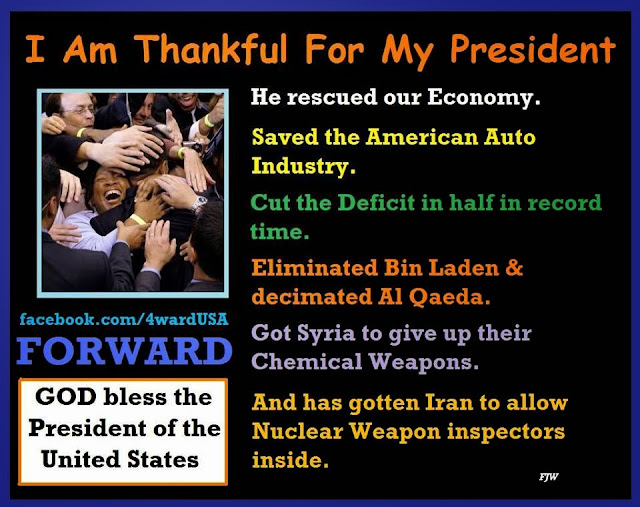 Posted by Bozo Funny at 5:46 AM No comments:

More reasons why we need to reduce the number of guns in circulation...

Oops! I shot my gun in WalMart and/or the train station and didn't even notice! GunFAIL XLV

Seven of the 28 guns discovered by TSA agents at airports this past week.
Wow. What a week. Lots of states saw their hunting seasons open up, and with it, we count19 accidental shootings, plus one additional related accident involving a 14-year-old boy taken hunting for the first time, and who forgot the old one-still-in-the-chamber rule after dropping out his magazine, and had his gun go off during the car ride home. So if you count that one, I found 20 hunting accidents.
It was also a hot week for cleaning loaded guns (seven) and home invasion shootings (five). Plus another six accidents from people just looking at, playing with, or otherwise "handling" their weapons for no particular reason. Also on the high side: 11 minor victims of GunFAIL, ages 4, 6, 9, 11, 14, 15, 15, 16, 16, 16 and 17.
Just one each in the categories of people who had their guns go off while out shopping (in a WalMart in Centerville, IA), one family member mistaken for an intruder (Seminole, FL), one person (a cop) shot during training at a gun range (North Charleston, SC) and one botched suicide that accidentally killed someone else (Traverse City, MI).
Other unique stories worthy of special note this week: A man cleaning his loaded gun in a Texas hotel room accidentally shot through the wall and killed a woman in the next room, right in front of her husband and teenage son. A customer with a gun in his car accidentally shot a mechanic at a Missouri car dealership when he dropped his car off for service and went to move the weapon. A woman waiting for a SEPTA train in Philadelphia was accidentally shot in the face by a man rummaging through a bag in which he kept his gun. Among all the train noise, he didn't even hear the shot, and was seen on surveillance tapes calmly shouldering his bag and leaving on the next train. An armored car driver left his gun behind in the bathroom of a school in Colorado (and is not even the first armored car driver to do this in a school this year). And the pastor of a Texas church, shooting at a skunk in his backyard, accidentally shot through his fence and hit a neighbor.
One GunFAIL that never came to be, at least not yet: a teenage deer hunter in Maine, answering nature's call, left his rifle leaning against a tree, only to have it stolen while he was gone. The perpetrator: a beaver, spotted swimming away with the rifle in a nearby stream.
Lastly, our running tally of guns discovered in schools this week: Washington, PA; Suwanee, GA; Evergreen, CO; Cleveland Heights, OH, and; St. Augustine, FL.
This week's full list, below the fold. 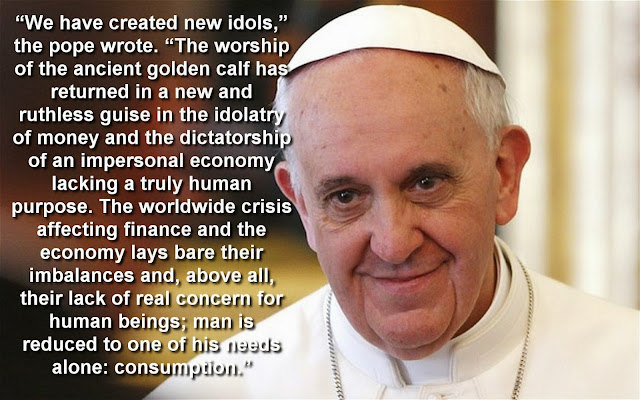 Posted by Bozo Funny at 6:53 AM No comments:

The wing-nuts have to work at believing their tripe. 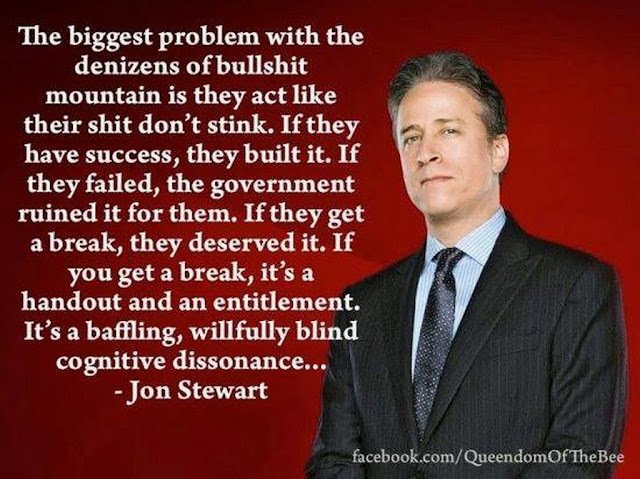 Posted by Bozo Funny at 6:49 AM No comments:

The continuing evolution of the John Birchers 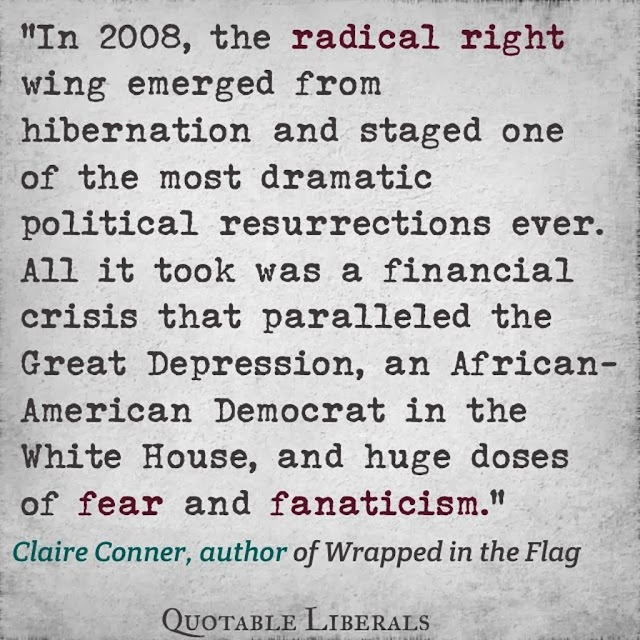 Posted by Bozo Funny at 6:48 AM No comments:

It doesn't have to make sense, you just have to BELIEVE 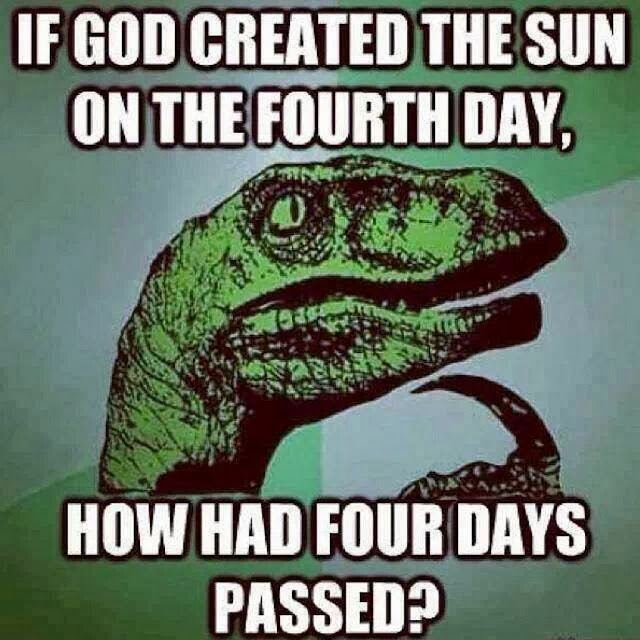 Posted by Bozo Funny at 6:46 AM No comments:

No progress for conservatives

Posted by Bozo Funny at 6:45 AM No comments:

And the slaughter continues without any attempts to curtail it. 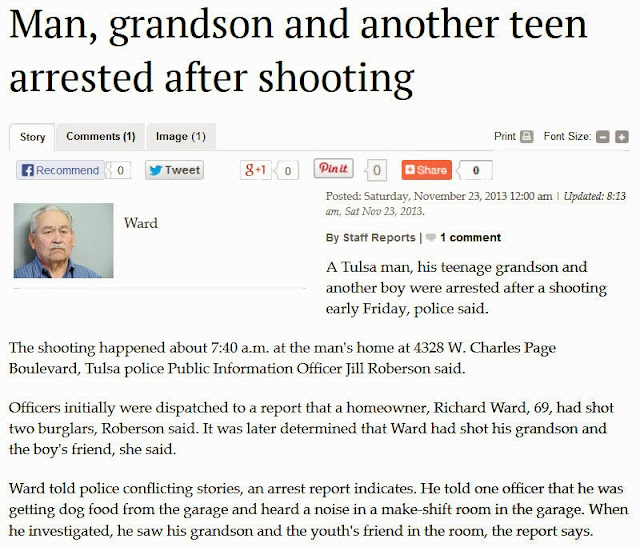 Posted by Bozo Funny at 6:43 AM No comments:

Clinging to their guns and religion 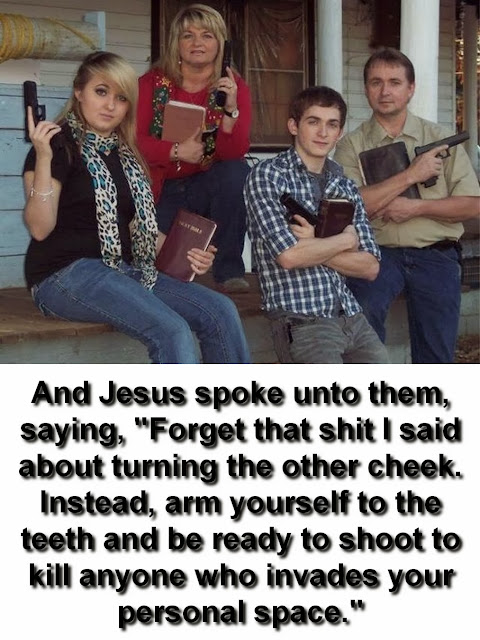 Posted by Bozo Funny at 6:40 AM No comments:

Sens. Ron Wyden (D-OR), Mark Udall (D-CO) and Martin Heinrich (D-NM) are not happy with the NSA "reform" bill that passed the Senate Intelligence Committee earlier this month. They detail their principle objection in this op-ed in The New York Times.


The usefulness of the bulk collection program has been greatly exaggerated. We have yet to see any proof that it provides real, unique value in protecting national security. In spite of our repeated requests, the N.S.A. has not provided evidence of any instance when the agency used this program to review phone records that could not have been obtained using a regular court order or emergency authorization.

Despite this, the surveillance reform bill recently ratified by the Senate Intelligence Committee would explicitly permit the government to engage in dragnet collection as long as there were rules about when officials could look at these phone records. It would also give intelligence agencies wide latitude to conduct warrantless searches for Americans’ phone calls and emails. [...]


Congress has a crucial opportunity to reassert constitutionally guaranteed liberties by reforming the N.S.A.’s overbroad collection of Americans’ personal data. But the Intelligence Committee bill squanders this chance. It would enable some of the most constitutionally questionable surveillance activities now exposed to the public eye. The Senate should be reining in these programs, not giving them a stamp of approval.

Posted by Bozo Funny at 6:36 AM No comments:

How about a little fairness?

If Corporations Are People Too, Why Do They Get Taxed Differently Than People? (Click on this heading to read more)

Perhaps the easiest way to put the argument to bed as to whether or not "corporations are people, too, my friend," is to pass a clarification law stipulating that corporations are in deed people. (I know, it's crazy and we know they aren't, but let's for a moment say they are.) What would the next step be?

Well, for starters, we would have no, repeat no, federal deficit and individual taxes would drop precipitously. Why? Because PEOPLE don't get the advantages and tax loopholes of the Federal Corporate Tax Rate that allows them to skate on their tax obligations to this country. They would just pay the federal individual tax payer rate, like all of us "people," which they will then be.

Gone would be all those corporate write-offs, jets, yachts, huge parties and outings. Those huge offices and off-shore holding accounts. We could say bye-bye to tax credits for sending business overseas. If individuals don't get those benefits, either will the new "individuals." Oh, and too big to fail? That's gonna be gone too as no individual is too big to fail.
Posted by Bozo Funny at 6:23 AM No comments: