Understanding the US economic problems in under 2 minutes.

Read more of this article at The Ledger...

Recently I had a book published on the life of the historic Jesus, which I titled "The Radical Rabbi of Nazareth." The best of biblical research in the past 25 years confirms that he was, indeed, radical in his effort to create an egalitarian community that sought deliberately to challenge the oppressive occupation of Palestine by the Roman empire by creating a countercultural movement based on a nonviolent-resistance approach that was caught and used in our time by Gandhi in India and by Dr. Martin Luther King Jr. in the civil rights movement of the 1960s.


The irony of our time, however, is that the group in American religious life that would most likely respond to this interpretation of Jesus' involvements, white evangelical Christians, is, in fact, the group most clearly rejecting Jesus' teachings. The evangelicals claim to have a personal relationship with Christ, claim the Bible to be infallible, and are the most faithful churchgoers. Yet, it becomes obvious when you see their involvement in politics that they reject the teachings of Jesus. His message is too radical for them.


Jesus' message was one of compassion, justice and forgiveness. But evangelicals claiming to be "pro-life" are supporters of the death penalty, the use of torture, and gun ownership without regulation. They support corporate greed, oppose help for the poor in the form of food stamps, subsidies for schools and job training. In other words, they are pro-pre-emptive militarism, pro-gun and pro-tax write-offs for big corporations.

---THE REV. ROBERT E. WILLOUGHBY
Posted by Bozo Funny at 4:53 AM No comments:

Republicans are becoming a parody of their own irresponsible image.

Every day Arizona Republicans work just a little bit harder to more closely resemble the violent idiot parody rife with blood-soaked hillbillies wandering around shooting at each other that we usually picture when we think about this state. State senator Lori Klein is today’s cartoonishly moronic protagonist, for pulling a loaded gun out of her purse without the safety switched on and pointing it at a journalist trying to interview her about gun rights. “I just didn’t have my hand on the trigger” was her official gun safety strategy, according to Klein. At least Jesus didn’t make her sneeze.

Posted by Bozo Funny at 5:28 AM No comments:

A government in bed with the wealthy...

The following words are those of FDR - but they are just as relevant today.

For nearly four years you have had an Administration which instead of twirling its thumbs has rolled up its sleeves. We will keep our sleeves rolled up.

We had to struggle with the old enemies of peace‹business and financial monopoly, speculation, reckless banking, class antagonism, sectionalism, war profiteering.

Never before in all our history have these forces been so united against one candidate as they stand today. They are unanimous in their hate for me and I welcome their hatred.


Following is a YouTube video including the speech from which the words were taken...

Via: Down With Tyranny
Posted by Bozo Funny at 3:33 PM No comments:

Support The Gospel of Teaparty Jesus

You can support the godly, patriotic work I do by clicking here.

Portrait of a Patriot 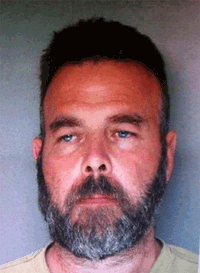 Ken Myers was almost everything a patriot should be.


He’d quote the Bible forward and back, and had talked about becoming a minister at one point.

He was "a faithful follower of Brother John Birch:"


Myers subscribed to the views and philosophy of the John Birch Society and regularly read its publication New American.

He loved the Second Amendment:


Myers’ collection of firearms included SKS and AK-47 military-style assault rifles. He also had other rifles, including a 30.06 and a .303, along with at least two shotguns, two 9 mm handguns, a .22-caliber revolver and a .38-caliber snub-nose pistol. His rifles were equipped with night-vision scopes, and he had night-vision goggles and a Kevlar bullet-proof vest, McLeoud said. He bolted an older Kevlar vest to the inside of his truck for extra protection.

“He’d always carry that snub-nose in his pocket..."

He trained with the best:


Myers, a self-employed glazier, talked frequently about the “militia training’’ he received in Michigan before moving to South Carolina about a decade ago...

And he was prepared for the big FEMA roundup:


On at least four of those trips, Myers took along waterproof, military ammunition cans stocked with survivalist supplies, including antibiotics.

“He’d bury them along the river bank or string them up with ropes in trees that would be used for deer stands,’’ McLeoud said. “He’d tell me, ‘This is how you prepare for things if the shit hits the fan.’’’

With all that going for him, It's hard to believe he'd do something like this:

As police responded, Myers steered his pickup at three officers. The officers, who weren’t injured, were able to fire gunshots at the fleeing vehicle. After a brief chase, Myers drove back to the scene of the triple murders and killed himself with the same shotgun he used earlier, as the deputies arrived, Elwell said.

Posted by Bozo Funny at 5:24 AM No comments:

Now this is interesting...

During Bush Presidency, Current GOP Leaders Voted 19 Times To Increase Debt Limit By $4 Trillion Without Asking for Anything to Reduce the Deficit
Posted by Bozo Funny at 12:35 PM No comments: 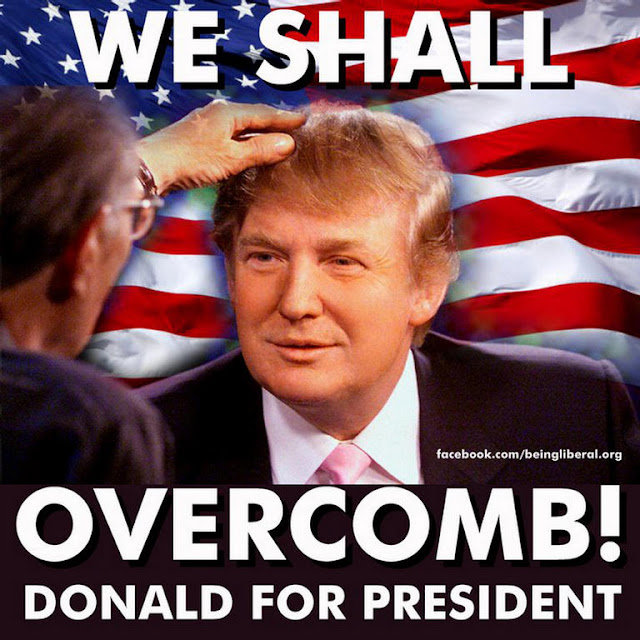 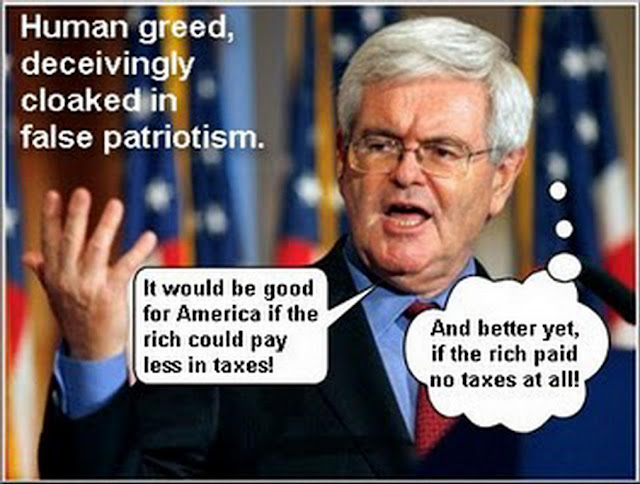 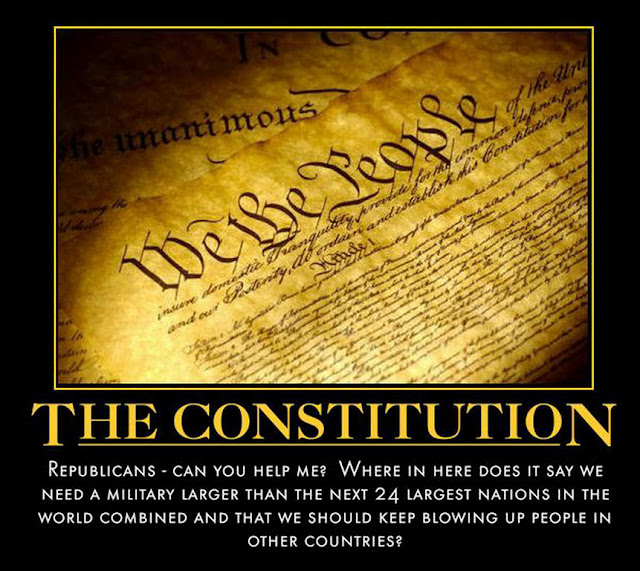 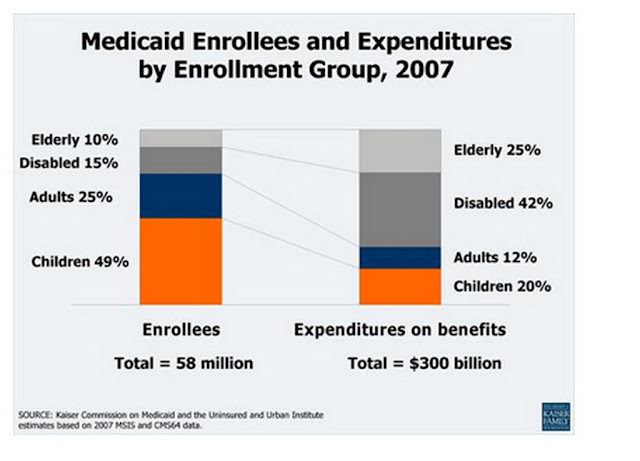 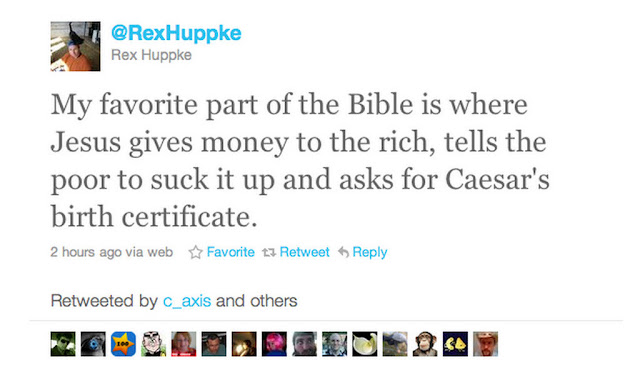 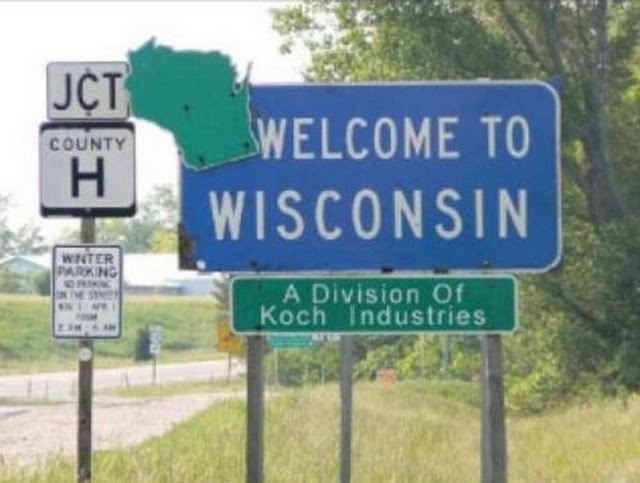 Trump still in the news 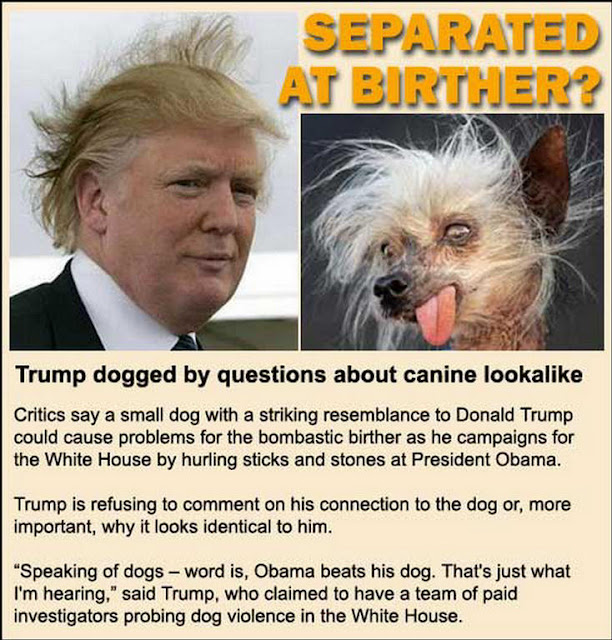 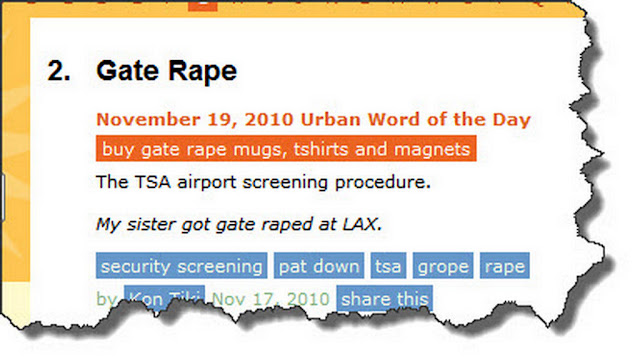 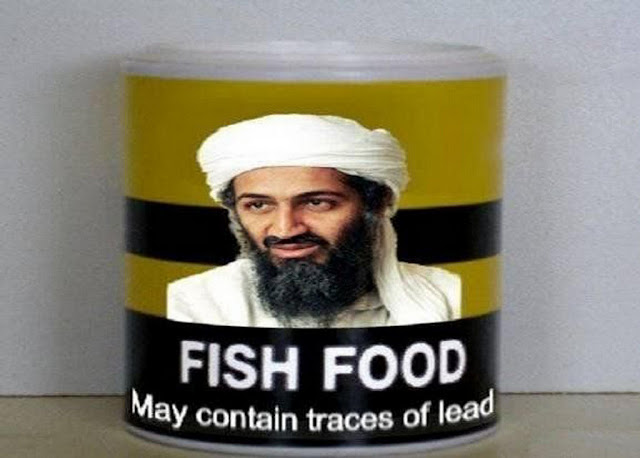 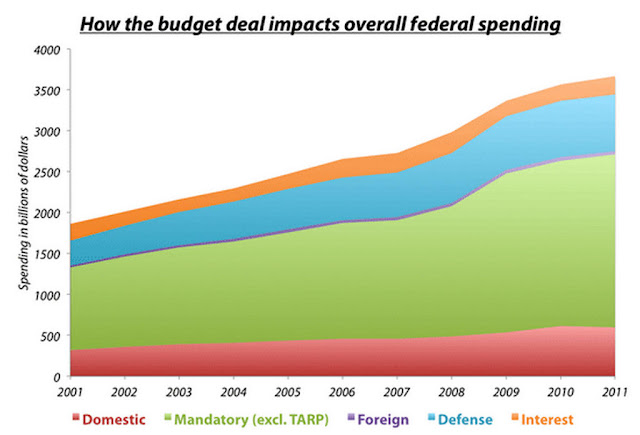 How to tell us apart 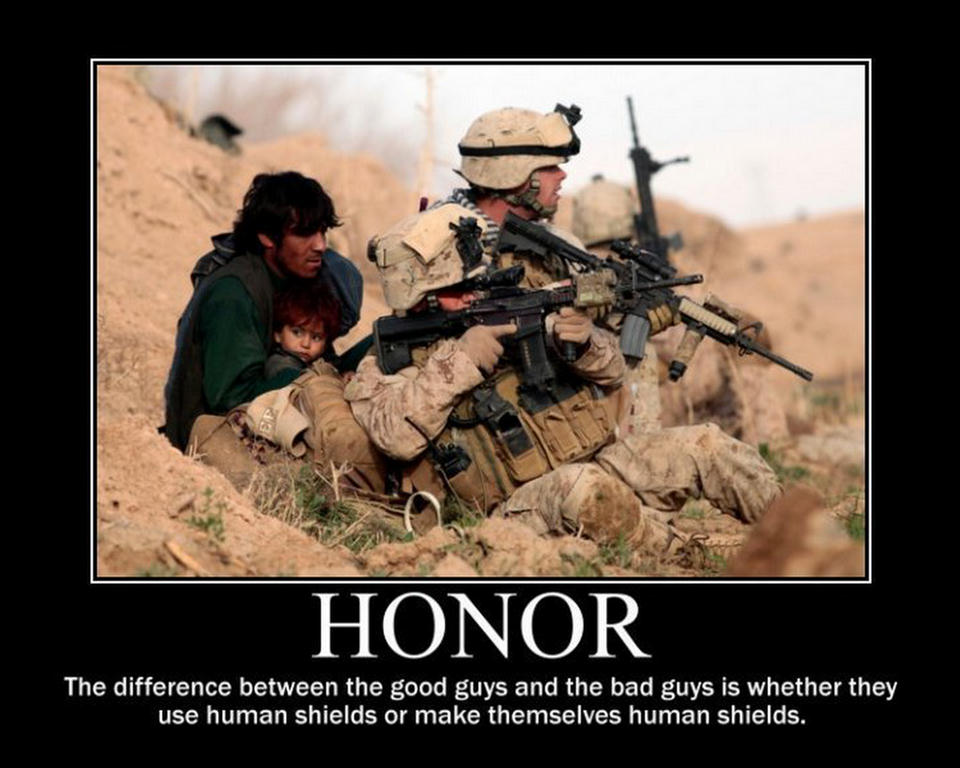 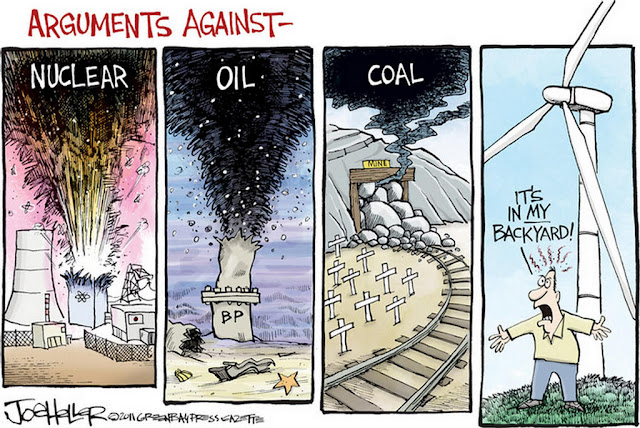 Going to prison to live the American dream 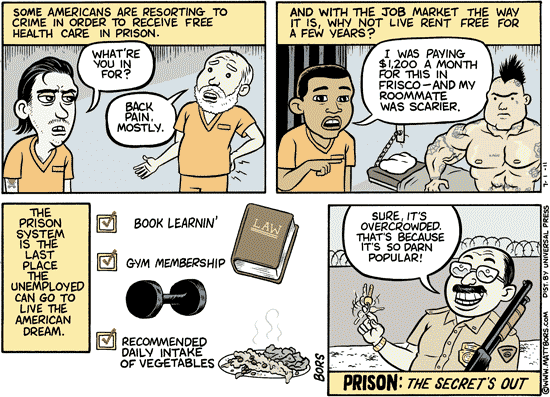