The President Blusters Himself Into Another Corner. 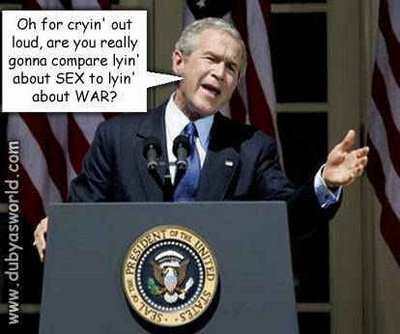 From the LA Times - Click here to read more...

Through years of tough talk and veiled threats, Bush and members of his administration have been the chief proponents of ratcheting up international pressure to persuade Iran's leaders to accede to demands that they forswear atomic weapons and steer clear of nuclear enrichment work. In its new national security manifesto, the White House warned in stark terms last month that diplomatic efforts to halt Iran's nuclear program must succeed "if confrontation is to be avoided."

But Tuesday's announcement (Tehran asserted Tuesday that it had successfully produced enriched uranium that can be used as nuclear fuel) is certain to raise questions not only about Bush's approach to the Iranian nuclear issue, but also about other U.S. judgments, such as whether U.S. intelligence agencies are able to accurately assess Iran's capabilities and intentions. 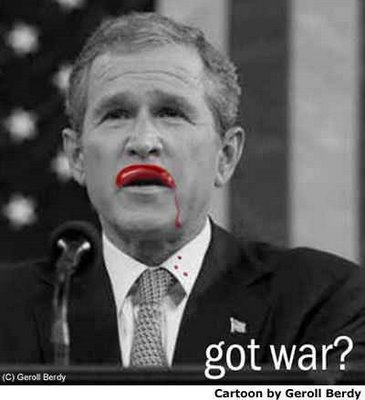 From Yahoo News comes the story that, with the election victory by Italian Romano Prodi and his leftist supporters, Italy will soon pull its 2,600 troops out of Iraq. This will leave only 3 nations of the "coalition of the willing" with more than 1,000 troops in Iraq - The U.S., Great Britain and South Korea.

Bush's paln falls deeper into the crapper every day.

I Think He Graduated From Clown College! 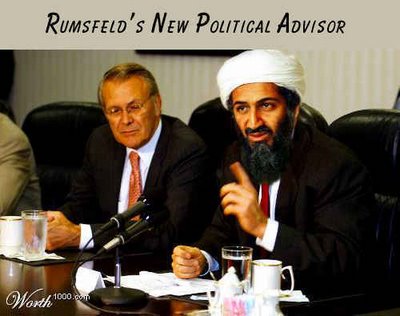 Colin Powell reminisced this weekend on the failures of the Iraq war effort and pinned the blame on fellow architect Donald Rumsfeld. Powell said, "We made some serious mistakes in the immediate aftermath of the fall of Baghdad. We didn't have enough troops on the ground. We didn't impose our will. And as a result, an insurgency got started, and...it got out of control."

Incompetent at Any Speed 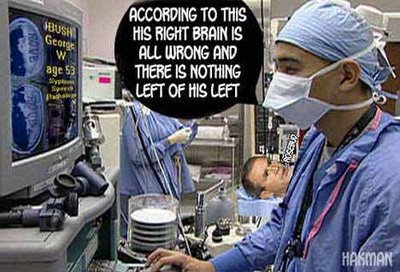 From The Washinton Times - click here to read more...

At the height of Friday's contentious Senate debate over immigration legislation, Minority Leader Harry Reid took to the floor and delivered a blunt rebuke of President Bush.

"The one question I ask throughout all this: Where is President Bush? On an issue which is this important, I haven't seen his congressional liaison working the halls," the Nevada Democrat said. "I haven't seen them here."

Although such a reproach may not be surprising coming from a Democratic leader, at least two former senior Bush administration officials say he is right on the mark. They say that recent White House missteps with Congress, from last week's immigration bill debate to the furor over Mr. Bush's decision to allow an Arab company to control operations at several U.S. ports, have exposed the administration's flawed and failing system for handling its affairs with lawmakers.
Posted by Bozo Funny at 11:21 AM