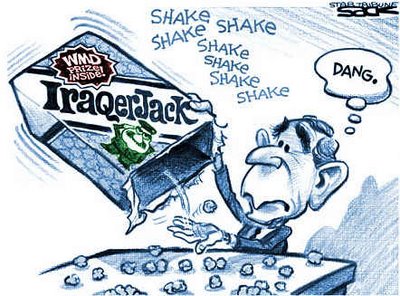 The reasons for taking the U.S. into war in Iraq are complex and varied. The least likely reasons were those espoused by the administration prior to the invasion. The threat of WMD, a need to spread democracy in the Middle East (the war in Viet Nam and it’s aftermath had already proven that the domino effect for spreading communism didn’t work), and the removal of a terrible despot (there are lots of other terrible despots in the world, why Saddam?) were all weak and unsupported arguments.

The more likely reasons were to gain control over the Iraqi oil reserves and to give us a military foothold in the Middle East in which we could position permanent military bases. Still, the real reasons are buried somewhere in the minds of President Bush and Vice-President Cheney, neither of whose mind seems to be sharp enough to assume that the reasoning is crystal clear.

Now the Executive branch of the government is rattling its sabers over a plan to invade Iran. I don’t believe, not for one minute, that the evidence leaked to Sy Hersch this past week about the use of nuclear weapons in Iran was done without the permission of the White House. They knew – and encouraged the reports in order to frighten the Iranians.

But once again, what are the reasons for going to war in Iran? Same as above – only in the heads – not crystal clear. Still, the following report from the May 2006 issue of Playboy (Marginalia, PP.39-40) sheds a little light. It is dated, but it is very, very insightful.

FROM AN ARTICLE published at globalresearch.ca on October 27, 2004: "It has become clear that vet another manufactured war or some type of ill-advised covert operation is inevitable under President George W. Bush should he win the 2004 presi­dential election. A potentially significant news development was reported in June 2004 announcing Iran's intentions to create an Iranian oil bourse. This announcement portended competition would arise between the Iranian oil bourse and Lon­don's International Petroleum Ex­change, as well as the New York Mercantile Ex­change. It should be noted that both IPE and NYMEX are owned by U.S. corporations. One of the Federal nightmares may begin to untold in 2005 or 2006, when it appears international buyers will have the choice to buy a barrel of oil for $50 on the NYMEX and IPE or purchase a barrel of oil for 37 to 40 euros via the Iranian bourse. The upcoming bourse will introduce petrodollar versus petroeuro currency hedging and fundamentally new dynamics to the biggest market in the world-global oil and gas trades. A successful Iranian bourse would solidify the petroeuro as an alternative oil transaction currency and thereby end the petrodollar's hegemonic status as the monopoly oil currency. It appears increasingly likely the U.S. will use the specter of nuclear-weapons proliferation as a pretext for an intervention, similar to the fears invoked in the previous WMD campaign regarding Iraq." 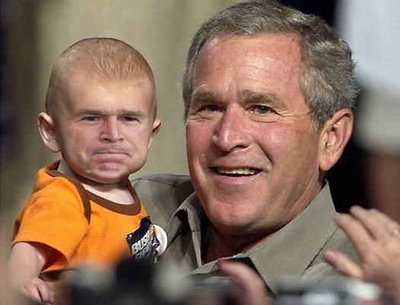