Bush and the Oil Problem

An article gives a quick overview of the history of the current Bush administration, the war in Iraq, and the relationship with big oil. It's worth a read. (Click any image for a larger view.) 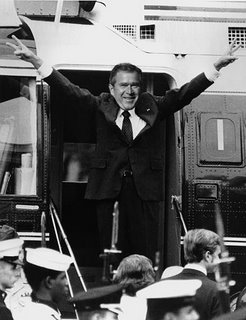 In 2001, Bush family consigliore, James Baker, presented a report to the powerful Council on Foreign Relations which found that "a new era of energy scarcity was upon the world . . . presenting fundamental obstacles to continued growth and prosperity." (Lawrence Shoup, "The CFR Debates Torture," Z Magazine, March 2006)

Baker's conclusions resulted in the formation of the White House Energy Policy Development Group headed by Dick Cheney. This was the secretive group of oil executives which divided up Iraq's enormous oil reserves before the first bomb was dropped. The plan was clearly endorsed by American elites at the CFR who must have known the WMD scare was a ruse from the very beginning.

The plan to steal Iraq's oil puts Bush's farcical "on-air" burlesque into perspective. US foreign policy is driven by the oil industry, just as the decision to invade was made on the basis of peak oil, not WMD.

Now that gas is topping $3 per gallon, we should consider the heavy price the American people have paid to ensure that profits continue to soar for the oil giants.

In 2002, before the war, Saddam was producing 2.6 million barrels of oil per day even with the debilitating sanctions still in place. Currently, (given the success of Iraqi resistance attacks on pipelines) Iraqi oil production has dropped to a meager 1.1 million barrels per day. In other words, Bush's war has taken 1.5 million barrels a day "offline"; the precise amount the global market requires to reduce prices to the $45 per barrel range. 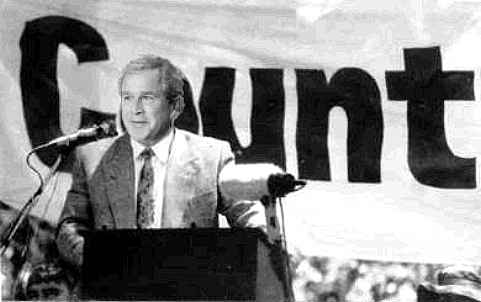