Another take on the rising gasoline and fuel oil prices. From the Mercury News - click here to read more... 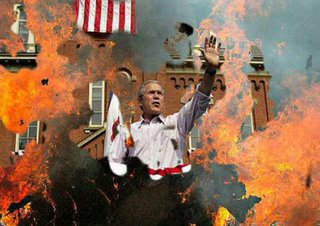 The angry public should keep in mind that Bush and the Republican-controlled Congress have had five years to craft a more sensible energy policy that might have averted -- or at least lessened -- a crisis that has been brewing for months, if not years.

Bush hopes to bring prices down by diverting some oil from going into the Strategic Petroleum Reserve. Problem is, the additional supply won't be enough to significantly depress market prices. Bush also has rolled back some environmental safeguards on fuels and on refinery approvals. That too will have only a marginal effect on prices but will bring us more pollution.

Then there's the the outcry for investigating alleged price-gouging by some oil companies and taxing windfall profits at others -- ideas that some Democrats have embraced. And why not? Shining a brighter light on any industry is always a good idea. And there is something obscene about the record profits being raked in by the Exxons and Chevrons of the world at motorists' expense -- not to mention the $144,573 that Exxon's Lee Raymond earned for each day served as CEO.

But perhaps those profits and executive paydays wouldn't be so obscene if Congress hadn't given oil companies billions in tax breaks in recent years and if the nation's energy policy hadn't been cooked up behind closed doors by Vice President Dick Cheney, a former oilman.
Bush did propose a few sound ideas such as more tax breaks for hybrid cars and greater incentives to promote alternative energy technologies. The phrase ``too little too late'' comes to mind. 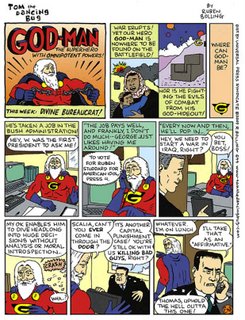