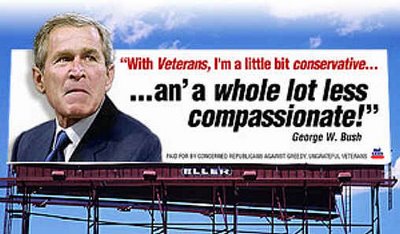 From the Scotsmen - click here to read more...
TONY Blair has told George Bush that Britain cannot offer military support to any strike on Iran, regardless of whether the move wins the backing of the international community, government sources claimed yesterday.
Amid increasing tension over Tehran's attempts to develop a military nuclear capacity, the Prime Minister has laid bare the limits of his support for President Bush, who is believed to be considering an assault on Iran, Foreign Office sources revealed.
Putting the Nation at Risk with Stupidity 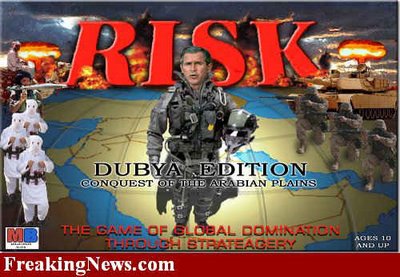 From US News and World Reoports - click here to read more...

Things aren't getting any easier for President Bush. Even his good-old-boy personality, which once was so appealing to so many Americans, seems to be wearing thin. His underlying problem, pollsters say, is that growing numbers of Americans question his competence and credibility. Only 38 percent of Americans approve of Bush's job performance, and--just as important--only 39 percent have positive feelings about him, according to an NBC News/ Wall Street Journal poll. "What you're seeing is a negative cycle," says a senior GOP strategist, "with bad news feeding on bad news, and it's having an effect."

Medals for Mediocrity (or Worse) 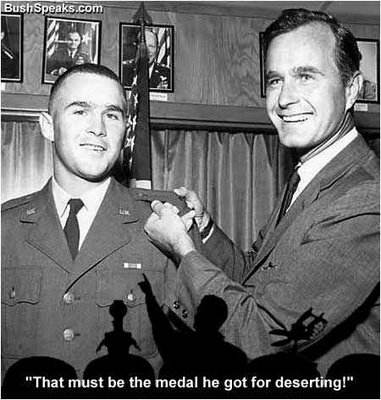 From Yahoo News - click here to red the whole article...
The Iranians are, at the moment, only as powerful as President Bush and his unhinged secretary of defense say they are. If Bush and Donald Rumsfeld did not exist, the bad boys of Iran would have to invent them.

On this Bush's watch, we have invaded a country --yes, a lousy country with a bloody dictator -- for reasons we still can't explain. Worse: We are not winning; we are only occupying. Much of the world, which was with us morally after Sept. 11, 2001, has turned against us in the years since as we stained ourselves in ways large and small; the whole world is watching American blunder and torture.

We are borrowing from the world to spill our treasure, or our grandchildren's, into the sands of Araby. Our volunteer military is already stretched beyond its capability in Iraq; recruitment is in trouble, with even a third of West Point graduates quitting after their mandatory five years of service. 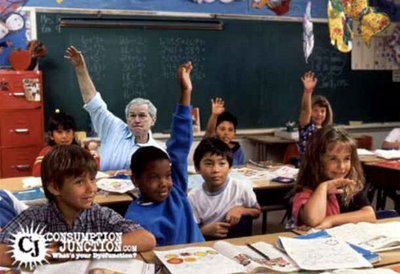