Time to Borrow Some More!

It is so ironic that Republicans have labeled Democrats "tax and spend" for decades now, when in fact these morons are now the party of "borrow and spend." They may well be placing the nation in serious peril by borrowing so much so quickly. 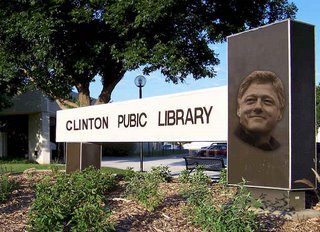 From the Los Angeles Times - click here to read more...

WASHINGTON - Defying a White House veto threat, the Republican-controlled Senate on Wednesday refused to pare back an emergency spending bill sought by President Bush that lawmakers had expanded to include their own pet projects, which included items as diverse as aid for farmers and money to reroute a Mississippi railroad.

The vote was a direct rebuff of Bush by a number of GOP senators and underscored a growing party rift at a time when the president's popularity has sunk to new lows in public opinion polls.

"I might be intimidated by my constituents, but not the president," Sen. Trent Lott (R-Miss.) said in an interview. The Senate vote against cutting the $106.5-billion bill was a lopsided 72-26, more than enough to override a veto. 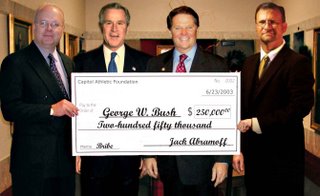