With private firms running the support services for our troops in Iraq, and with an unlimited budget (no-bid contracts), expenses for the war can be confusing. I mean, I want to support the troops and all - but is this necessary?

Forget the K-rations of World War II and the chewy, tasteless MREs -- "Meals, Ready-to-Eat" -- that sustained U.S. Soldiers in more recent conflicts. With most of America's 150,000 troops in Iraq living on large bases, the combat ration has given way to a smorgasbord of food that has some Soldiers bingeing and others in fits. 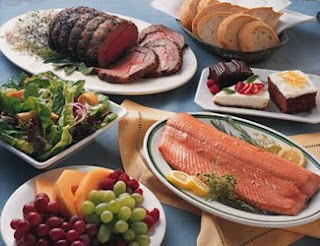 "You have to have an iron discipline," said Sgt. Robert Carmical, a trombone player in the 25th Infantry Division Band, who arrived at Contingency Operating Base Speicher only days ago. "A lot of people turn to food for comfort, and the opportunity is there."