The Meaning of Words

Just this past week we celebrated ten years since the impeachment of Bill Clinton. Remember his famous line from the hearings into his behavior? "That depends on what the meaning of 'is' is."

Well we may have another debate with a Democratic president over the meaning of a word.

In his campaign, Barack Obama promised to get the U.S. troops out of Iraq within 16 months of being sworn in. But, just what is the meaning of "withdrawal?"

In an interview this past week with Charlie Rose on PBS, Joe Biden had this to say...

"He is committed within the context of what he said at the time," Biden said of Obama. "He said he would at the time confer with the military leader 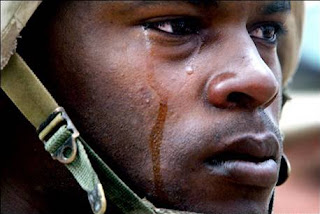 s on the ground. We will be out of Iraq in -- in the same -- in the -- in the way in which Barack Obama described his position during the campaign. That will happen."

But earlier in the week, Secretary of Defense Bob Gates told Charlie Rose the following about Iraq...

They are a sovereign country, and if they tell us after the end of 2011, we want you all out, I think we have no choice but to do that. I think that just in a ball park figure when I think of the support that they likely are going to need for their air force, for their navy, for counterterrorism, for continued training, for intelligence, for logistics and so on, my guess is that you’re looking at perhaps several tens of thousands of American troops, but clearly, in a very different role than we have played for the last five years.

For those of you who are old enough to remember the Vietnam war, think about how that war started - military advisers.

For the complete article, from which the quotes above were clipped, click here.
Posted by Bozo Funny at 7:27 AM