The Bible On Marriage 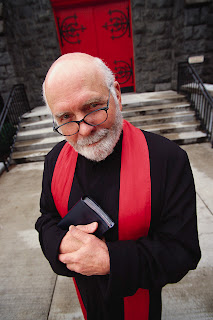 The very liberal me coming out again.

Those who oppose gay marriage on the basis of what the Christian Bible says about marriage had better be careful. Are they really ready to play by Biblical rules?

gladkov, in posting a comment over at Daily Kos (here's the link), says the following is an oldy but goodie, but it is new to me...

E. Since marriage is for life, neither this Constitution nor the constitution of any State, nor any state or federal law, shall be construed to permit divorce. (Deut 22:19; Mark 10:9)

F. If a married man dies without children, his brother shall marry the widow. If he refuses to marry his brother's widow or deliberately does not give her children, he shall pay a fine of one shoe and be otherwise punished in a manner to be determined by law. (Gen 38:6-10; Deut 25:5-10)

G. In lieu of marriage, if there are no acceptable men in your town, it is required that you get your dad drunk and have sex with him (even if he had previously offered you up as a sex toy to men young and old), tag-teaming with any sisters you may have. Of course, this rule applies only if you are female. (Gen 19:31-36)

Here's some other stuff on marriage to keep in mind as you listen to the conservatives...

Ronald Reagan divorced the mother of two of his children to marry Nancy, who bore him a daughter only 7 months after the wedding.

Bob Dole divorced his child's mother, who had nursed him through the long recovery from his war wounds.

Newt Gingrich divorced his wife who was dying of cancer.

Rush Limbaugh: Limbaugh and his current wife Marta have 6 marriages and 4 divorces between them.

Bob Barr of Georgia: Barr had been married 3 times before he had the audacity as representative to author and push the "Defense of Marriage Act." The joke making the rounds on Capitol Hill was, "Bob, which marriage are you defending?"

And there's more of this over on Toward Equality.

For what it's worth (and I'm proud of it), the only woman I've ever been married to and I will have been married 40 years come next July.
Posted by Bozo Funny at 11:45 AM