More Countries to Hate Us (or U.S.) 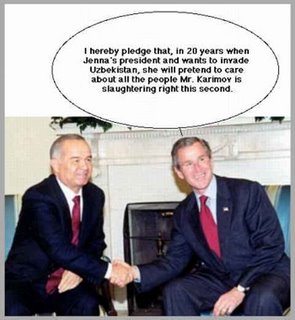 If President Bush is trying to make the world into one big enemy of the U.S., he is sure doing a good job!

From the London Times - click here to read more...

President Vladimir Putin took a swipe at the hungry "wolf" of America today in a strident state-of-the-nation address in which he said that post-Soviet Russia should build up its economic and military might.

... His comments betray increased anger over what Kremlin leaders see as Western attempts to influence the affairs of Russia and its relationships with its former neighbours Soviet neighbours, such as Ukraine or Belarus.

"We must always be ready to counter any attempts to pressure Russia in order to strengthen others' positions at our expense," Mr Putin said. "The stronger our military is, the less temptation there will be to exert such pressure on us."

Mr Putin pointed out that Russia's military budget is 25 times less than that of the United States. "Their house is their fortress - good for them," he said. "But that means that we also must make our house strong and reliable." 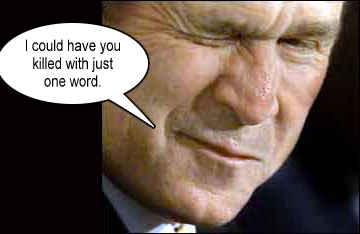