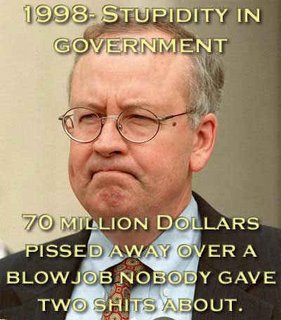 Finally catching up with the blogs, which reported on President Bush's signing statements several weeks ago, the mainstream media (MSM) are finally getting up on their high horse. In response, some Congressmen are feeling the heat to respond. It's about time.

From The Boston Globe - click here to read more...

The chairman of the Senate Judiciary Committee, accusing the White House of a ''very blatant encroachment" on congressional authority, said yesterday he will hold an oversight hearing into President Bush's assertion that he has the power to bypass more than 750 laws enacted over the past five years.

''There is some need for some oversight by Congress to assert its authority here," Arlen Specter, Republican of Pennsylvania, said in an interview. ''What's the point of having a statute if . . . the president can cherry-pick what he likes and what he doesn't like?"